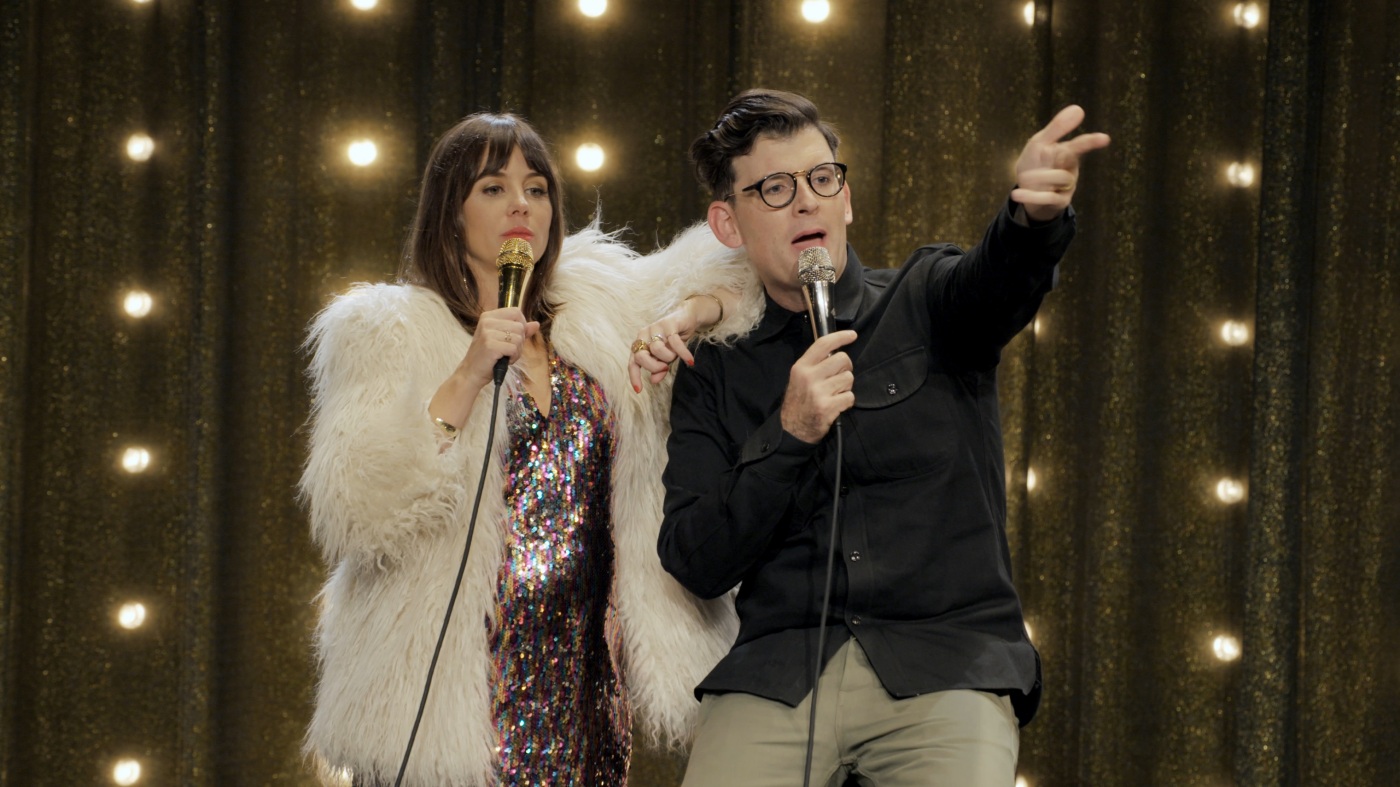 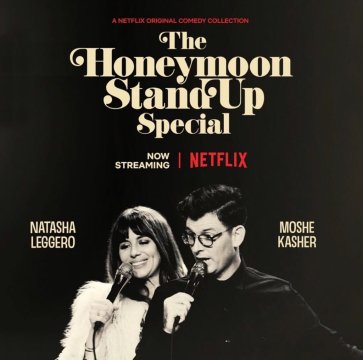 A good standup can give a real cathartic laugh or even challenge your perceptions through humor.  While I was familar with Natasha Legerro through various appearances on Comedy Central…I really only know Moshe Kasher from some appearances on the late @Midnight.  I knew that with Legerro I would be getting some raunchy jokes mixed with some pushing the limits of polite conversation. I did not know what to really expect from Kasher.  Other than, for some reason, I always thought he was a gay guy.  And apparently (in spite of a joke about jerking off to gay porn at the fertility clinic) he is not. He and Leggero are married and have a child (they were still in the expecting stage at the time)…hence the title of the Honeymoon Stand Up Special.

Split into three parts, the special starts out with Leggero’s set.  Leggero is one of those comics who kind of plays into “being a girl comic” but quickly makes it clear she can be raunchy and push back against boundaries. When the audience cheers for her being pregnant, she warns them she is still within the potential area of abortion. 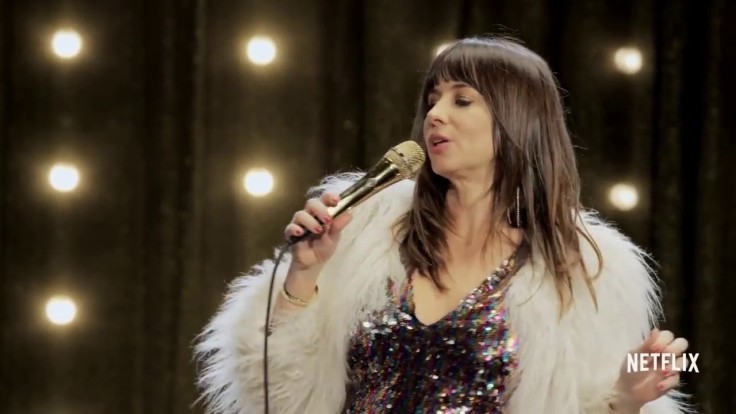 The whole comedy of discomfort can be a difficult tight rope.  Sometimes you can reap great reward from making your audience squirm and laugh.  Usually this comes in the form of uncomfortable truths and “I cannot believe the comic went there”. But in some cases, the joke is dying a slow death.  Unfortunately, Leggero’s set suffers from this a couple times.  She can definitely elicit laughs, but an offhanded joke about the Catholic Church’s child abuse scandal would have worked if it did not get drawn out into a cringe worthy discussion about how the altar boys are “asking for it”. On the other hand…men will likely find it uncomfortable just how many women have tales of random men masturbating in public in front of them. We are awful.

So, you are probably thinking…well, Thom clearly hated this special.  And this is not true.  I found both sets to be pretty hit or miss.  I laughed at some jokes…but not enough to feel like I fully had fun.

But then came the third part.  In part three, Leggero and Kasher share the stage.  They discuss her conversion to Judaism (noting that it is way harder to become a Jew than a Christian).  They then start to bring couples up on stage.  Natasha and Moshe have a good chemistry as a team. They play off each other in a way that has a sweet tension. And when they bring up couples to question them about their relationships, the special takes off.  I really enjoyed part three.  The banter between Leggero, Kasher and the couples is a whole lot of fun.  Part three absolutely shines.

And so there you have it. I highly recommend Part three of the Honeymoon Stand Up Special.