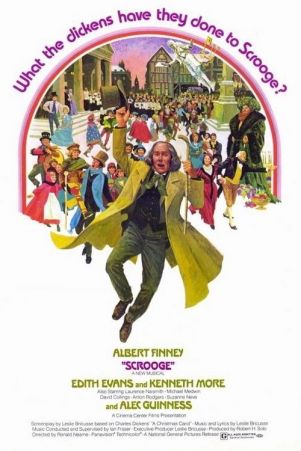 Before cementing his career as Jedi Ghost Ben Kenobi, Alec Guinness played non-Jedi Ghost Jacob Marley. As you may recall, Marley had been seven long years as our tale begins. Scrooge is, in this adaption as prior adaptions, uncharitable and cold.

Along with the traditional mockeries of Christmas as humbug, and he unwillingness to offer support to charity, we see him seeming merciful to two older women, offering to let them wait to pay their rent, only to let them know it would be costing more than they even take in there shop in a weeks time.

At his door appears the face of Marley…but he quickly discounts it. 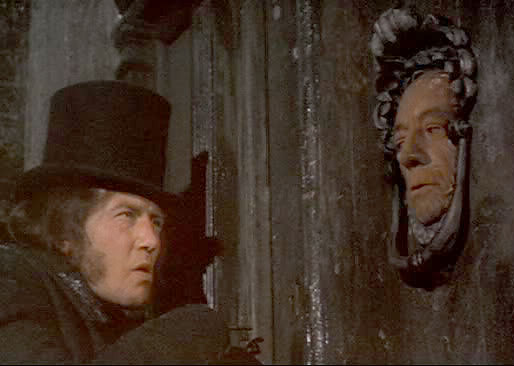 Entering the house he starts to prepare dinner, only to notice the bells in his home start ringing uncontrollably.  He cries out for them to stop and in enters Marley.  While the visual queues of Marley are there…his chains, the cloth holding his jaw (though the film never has this come untied, so the cloth just seems to be a fashion choice)…but Guinness makes an interesting choice in Marley’s movement.  He walks almost as if he is trying to elegantly walk through water.

The film makes a great use of his chains when he becomes angry with Scrooge, they all seem to lurch forward as he rises into the air. I do wish they had kept the line about there being “More of gravy than the grave” when Scrooge explains why he refuses to accept what he is seeing.  It is just a great line.  The other interesting style choice is the phantoms.  In most adaptions, these phantoms are humans tormented by their inability to help the living…and that is if we see them at all.  In this film we get something out of a horror movie. 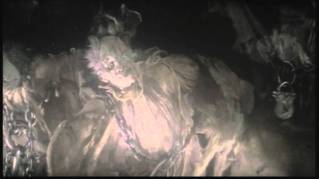 The ghosts stay pretty traditional for the Present and the Future…but I confess, the Ghost of Christmas Past seems to be an odd stylistic choice. Admittedly, the book’s version is pretty unfilmable but this just seems to be…uninspired.

Although, I do get a chuckle when Scrooge tells her that she does not look like a ghost and she politely thanks him.

Christmas Present deviates the least of the three ghosts.

But truthfully, the ghosts in this adaption don’t really excite me all that much.  They are kind of lackluster performances.  And then we see the face of the the Ghost of Christmas Future.  Bad idea.

This is where the film deviates from previous (and later adaptions in a massive way.  You see, Scrooge finds himself in Hell.

Marley really seems to delight in Scrooge’s misfortune here.  He lets Scrooge know that the Satan himself wanted to have Scrooge work as his clerk.

The sequence gets goofy as a much of muscled men in hoods march in to wrap his chain around him.  Again, Marley seems to delight in this turn of events, and that flies in the face of the Marley of the story. This sequence is a bold idea that ends up just feeling a little on the nose. Fear of hell is not what drives this story, and this borders on a Chick Tract.

At 34, Finney would normally be to young to play Scrooge, but he is aided by some simple makeup and a bit of physical acting to sell himself as much older. Aside from a couple of moments where it gets almost campy, Finney turns in a good performance as Scrooge.

This is the first Musical adaption of Dicken’s tale, and it ends up a bit hit or miss when it comes to songs.  The Marley number is pretty dull and thankfully short. Many of the songs are decent and enjoyable.  I think the best two are the song sung at Scrooge’s funeral and the final big number as Scrooge goes around making merry.

This is a strong adaption overall, in spite of some random mis-steps and certainly an enjoyable take on the classic tale. 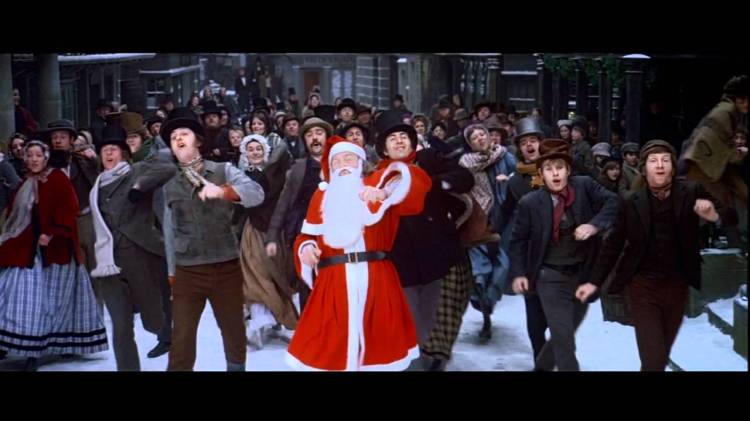 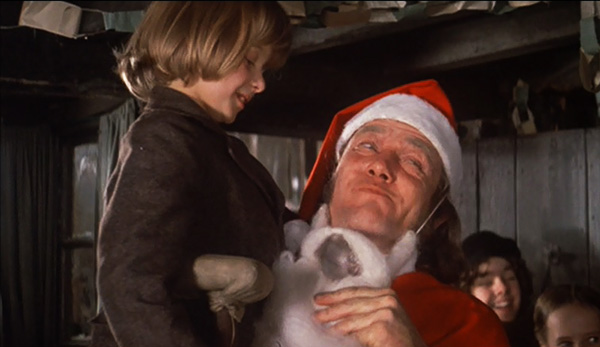