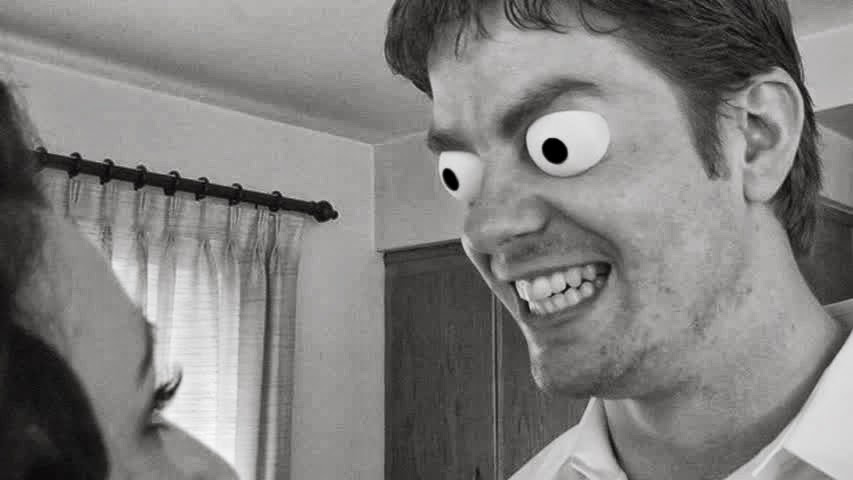 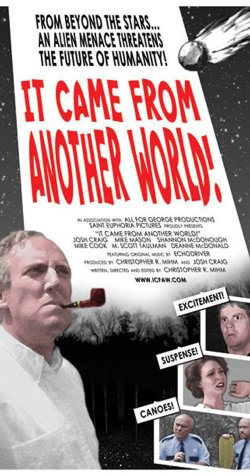 The A-Rockin’ Scientist  Professor Jackson is back!!!   Along with the Canoe Cops!!!! Wait one second…

Associate of Professor Jackson Dr. Frasier is in the woods when he witnesses a meteorite fall to earth.  He goes to investigate and appears to be attacked by a force from the meteor.

Professor Jackson is called in to determine what has happened to Frasier.  He goes out and is assisted by the Canoe Cops, Sven and Gustav.  They locate Dr. Frazier, who seems unaware of just how long he has been gone.  They bring him home and Professor Jackson runs tests to see if he is okay.  But of course, he isn’t.  Because there would not be a frickin’ movie if he was fine.  Frasier is possessed by an alien intelligence that seeks to rule the earth.  He uses mind control on the Professor’s girlfriend and escapes to set his diabolical plans in motion.

Again, Professor Jackson must save the world..but can he stop the evil alien fiend being that has possessed his dear friend?

This one has it all.  A ping-pong ball eyed alien! Romance!  A Canoe Paddle Battle! Science! Josh Craig returns to the role of Professor Jackson, this time with an even more pronounced Shatner inspired vocal pattern.  It is a bit over the top but is also a lot of fun.

Like the Monster of Phantom Lake, the budget reads in the film as “No Budget”.  As noted, the evil alien is actor Mike Mason with what look to be ping pong balls for eyes. As a semi-sequel, Jackson and Elizabeth are the only characters to return.  The film acknowledges his love interest Stephanie…with a single line noting she is dead.

This one has more jokes slipped into it, as well as a musical number.  This time around it is a slickly produced song…but played off as being performed by the cast.  There are split screens, clearly different singing voices and far more instruments than the cast members are playing (the song was performed entirely by Mihm).

It Came From Another World is an enjoyable romp.