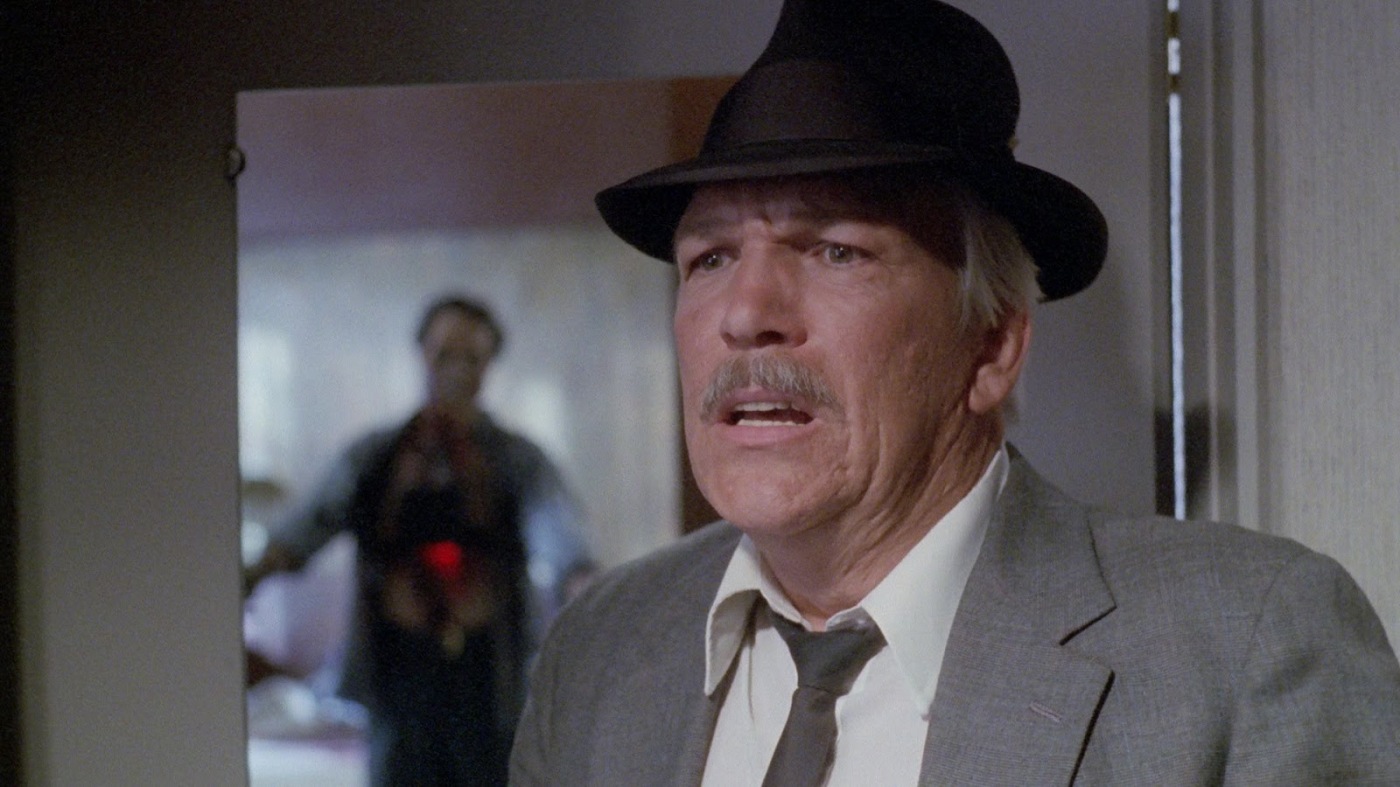 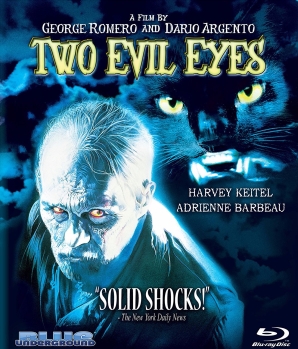 Two Evil Eyes is a double feature from George A. Romero and Italian horror icon Dario Argento.  The two tales are Poe inspired tales The Facts in the Case of Mr. Valdemar and The Black Cat.

Romero’s tale is a pretty straight forward.  Jessica Valdemar married Ernest Valdemar for his riches.  She has to keep him alive, but he is nearing death. She is trying to keep her affair with his doctor, Robert Hoffman, secret.  Hoffman is a practitioner of hypnotism and has been hypnotizing Mr. Valdemar.  He dies during one of these sessions, presenting a problem for Jessica.  His will specified he must live to a certain date for her to inherit his money.

Jessica and Robert concoct a plan to freeze the body so they can claim he died after the necessary date.  But there is a hitch.  Valdemar may not be dead.  Moans come from the basement freezer…and eventually they are able to converse with him. Mr. Valdemar warns of others who want to use him to get into our world.  Robert is obsessed with learning more…and it is not meant to end well.

Argento’s the Black Cat follows crime scene photographer Roderick Usher.  He is following a series of murders seemingly inspired by the stories of Edgar Allen Poe.  Meanwhile, his girlfriend has adopted a stray feral cat.  When he kills the cat in a fit of rage, in spite of lying about it, his girlfriend kicks him out, certain of his guilt.  But the cat keeps coming back.  What ends up playing out is a gruesome telltale heart story.

Both stories have a great cast of horror veterans.  Harvey Keitel is particularly good as the unlikeable cat obsessed Usher.  The Black Cat has far more unnecessary gore than Romero’s story, but overall, they both are fairly effective stories.