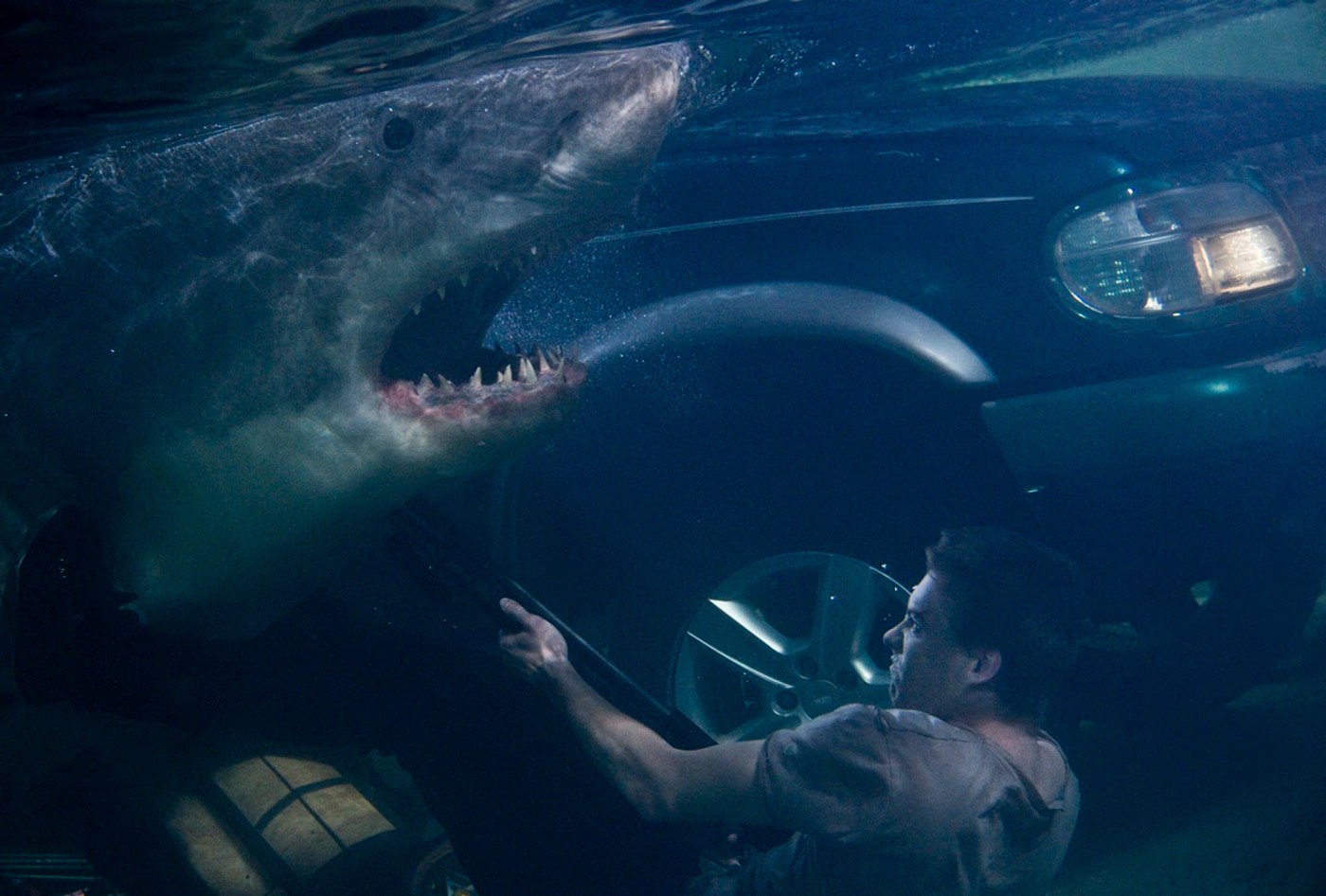 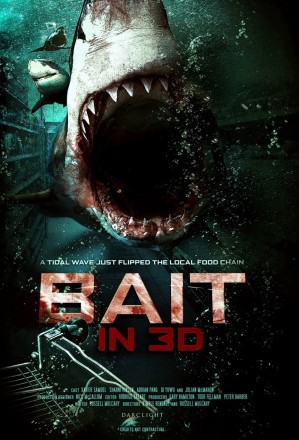 Bait is trying to be a terrifying drama set in a below ground grocery store after a massive tsunami hits.  The film actually opens up a year earlier in the life of a young couple who are engaged.  A shark kills the young woman’s brother, and her fiance fails to save him.  He blames himself and damages the relationship.  When she shows up in the grocery store with a new man, her former fiance is not thrilled.

There is a subplot with a robbery gone bad, a police officer who has a strained relationship with his daughter and her boyfriend.  This is all interrupted by a tsunami, which fills the grocery store and the parking garage.  Trapped inside, the people start to try and work out a way to get to the surface.  This becomes much more complicated when several large sharks get in.

Bait means to give meaning to the lives and deaths of the characters, but what ends up happening is characters die for terrible convenience…the new boyfriend dies heroically, but it is clear he had to die so that the original couple could rekindle their relationship.

I do not have a ton to say about this film…the drama is overwrought, the sharks painfully cartoonish and there are no actual scares.