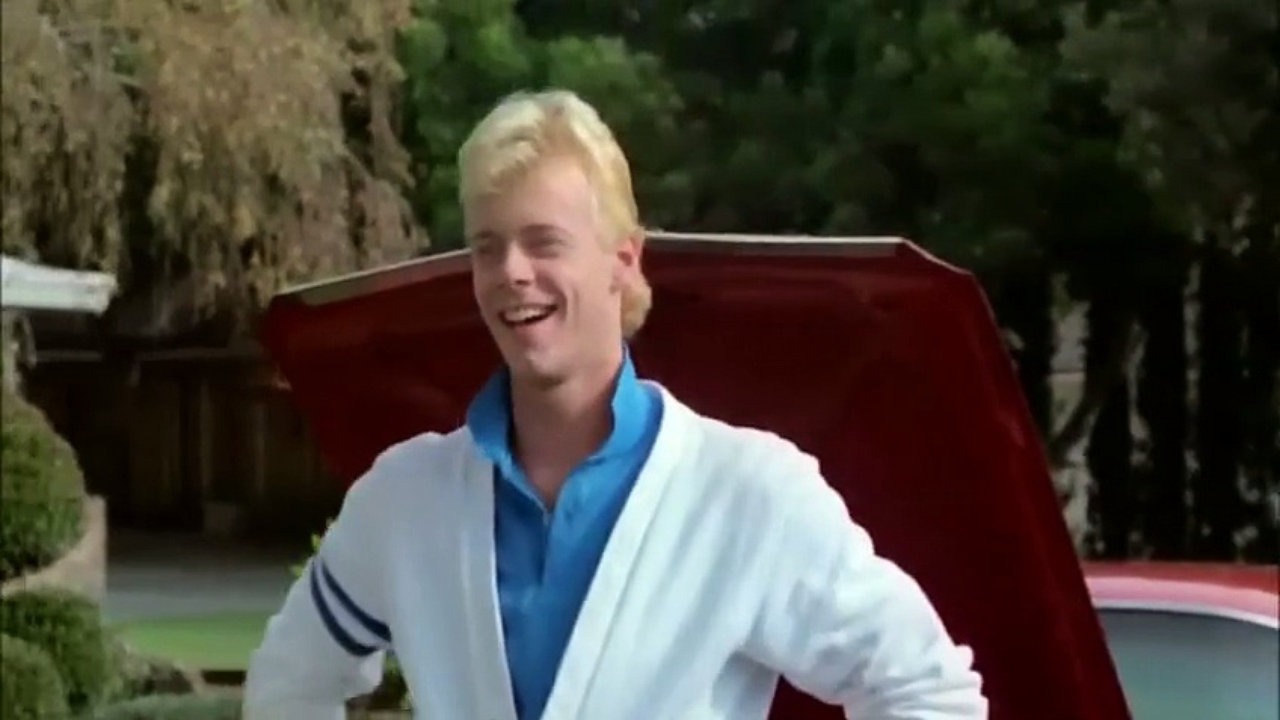 In the first film, there is a baby in the car with Billy.  We hear nothing about that baby until the end of the film that this baby is Billy’s little brother Ricky.  Which matters a bit more for this film.  Number 2 deals with a grown up Ricky.

Often with sequels, especially in the horror genre, there is habit of telling the same story, simply with new characters.  The producers of this film apparently found that to daunting of a task.  So, we find that Ricky is institutionalized.  He is being interviewed by a psychiatrist about his story.  So, he begins to tell the story of the first film.  The first forty minutes or so are scenes from the original film with narration by Ricky.  After that we get all new flashbacks as Ricky recounts his own mad killing spree of naughty people.  He apparently did not wear a Santa suit or center his rampage around Christmas.  This lasts another thirty minutes.  The last fifteen minutes or so is his Christmas rampage as he goes to find and kill Mother Superior from the orphanage where he grew up.  He blames her for for Billy and his sociopath leanings. So, it takes until the last fifteen minutes before Ricky dons a Santa Suit.

Yes, this film is almost entirely a flashback, reusing a whole lot of footage from the first film.  It is not particularly well acted or well written.  In one scene, Ricky appears behind a nun and yells boo.  I mean, he yells it like “Boooooooo!”    The effects are pretty mundane, and the one liners pretty weak.  Okay, the utterly ridiculous “Trash Day!!!” as Ricky shoots a guy who is bringing his trash to the curb (no idea what he did that was so naughty) is kind of funny.  It even appears on t-shirts.

This second entry is no better than the first.  It is very representative of the worst types of horror movie sequels.