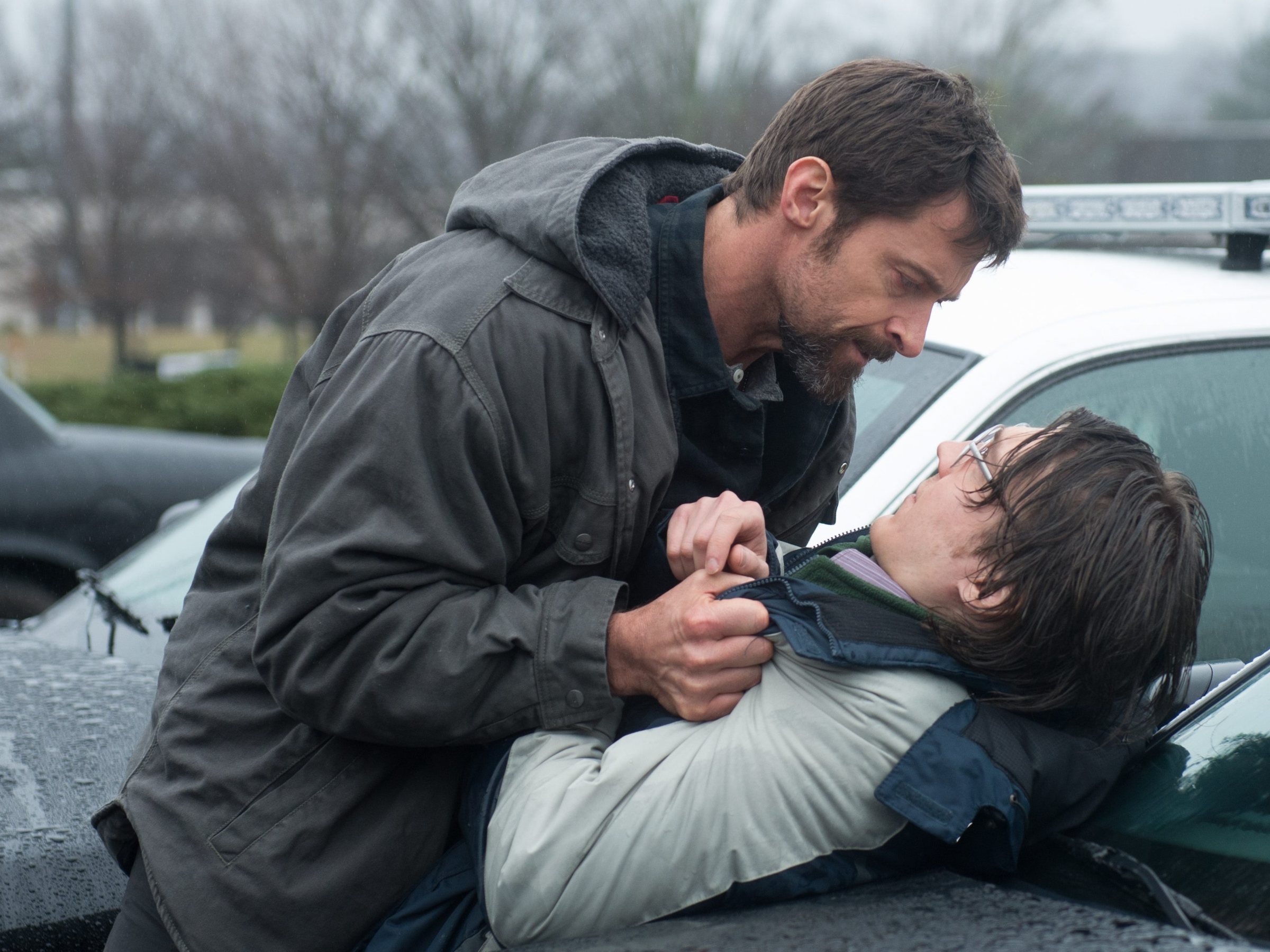 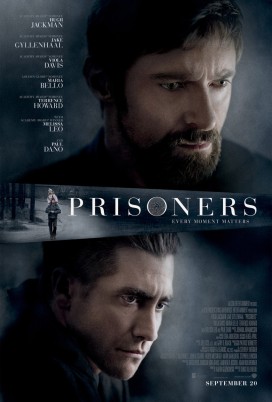 In this compelling, but bleak, tale Hugh Jackman is Keller Dover.  His Daughter and her friend have disappeared and he is working aggressively to find them.  As he feels the police are not working hard enough, he opts to kidnap the lead suspect.  He tortures the young man, Alex, who is mentally about ten.  And the deeper it all goes, he becomes more and more obsessed.

But there becomes question on whether Alex is truly guilty.  The downward spiral of Keller as Detective Loki tries to solve the kidnapping is frightening.  He becomes that thing he is seeking to stop.  The film ends on a truly dark note.

Visually, it is every bit as colorless and gloomy as it’s story.  You hope for a resolution and finding Dover’s daughter and her friend.  And yet, even the resolution of the film has a futility.  This is not to say it is a bad film.  But you don’t walk out with a sense of hope, that is for sure.

← We Belong To The Night (Nightcrawler, 2014)
The Nights Santa Went Crazy →