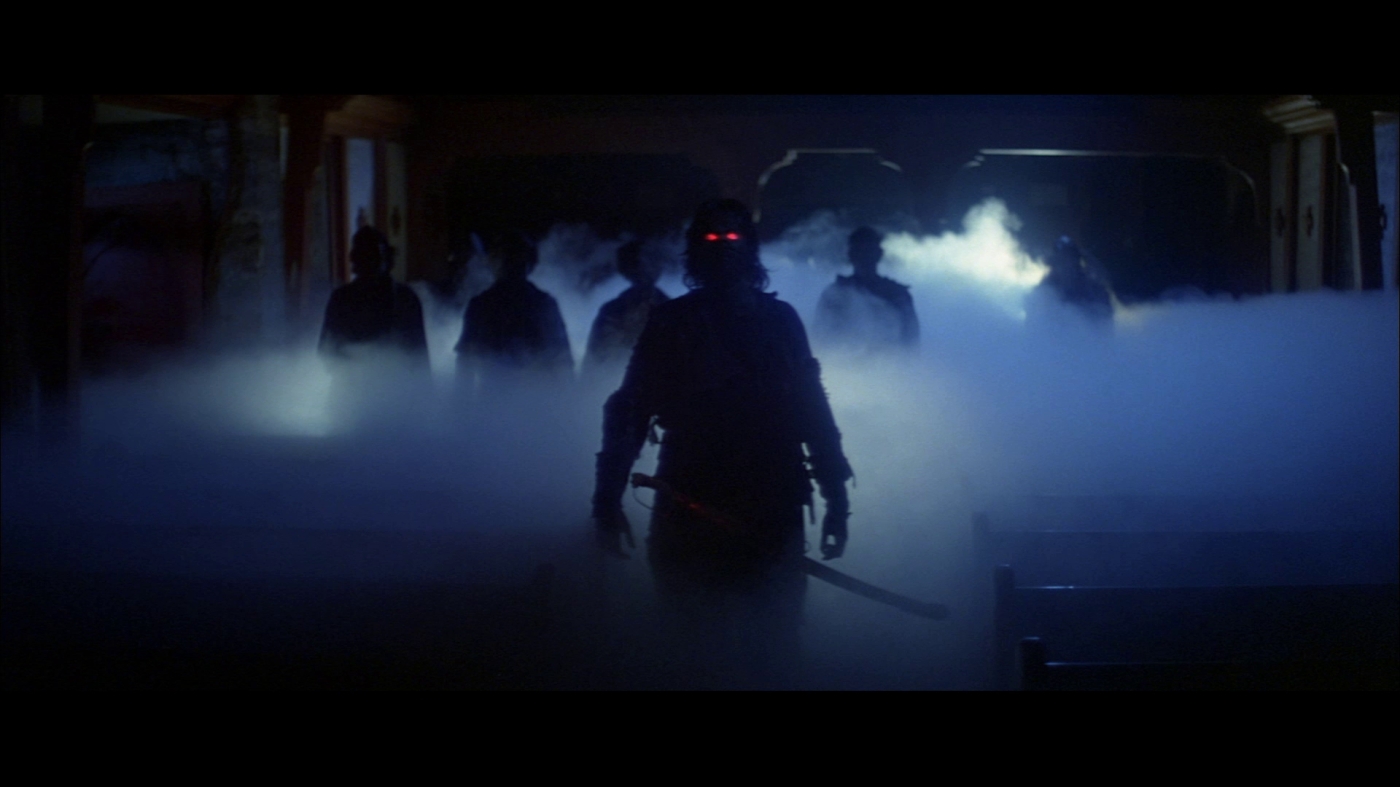 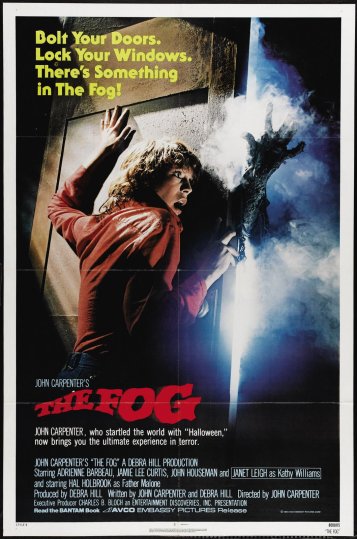 After two TV movies, John Carpenter returned to the screen with an old fashioned  ghost story.  Telling the tale of small seaside town Antonio Bay, the Fog follows events leading up to their Centennial.  The town is planning to celebrate the near mythic four founders of the town.  In the days leading up, there are mysterious events.  Add a dense, unnatural fog.  The Fog is not the scary part…there is something in the fog.  Something cruel and angry.

Only a few townspeople know the true history.  Father Malone is a tortured priest who has kept the secret.  And the rest of the town continues on oblivious, writing off his warnings.  But people are starting to discover some bizarre incidents.  They find a ship that appears abandoned, until they find a sea ravaged body.  A body that gets up once on land.  There are knocks at doors, but there is nothing there.  When the fog finally overtakes the town, the vengeful spirits start to decimate the town, while some race to save others.

This is a wonderfully classic haunting story.  The characters are interconnected by the narration of Stevie Wayne, the local DJ who works in a converted lighthouse (it is, of course, related to the horrific history of Antonio Bay).   As Stevie, Adrienne Barbeau has a sexy and raspy tone.  Stevie is a single mother who is separated from her son, and her only way to communicate the threat is to keep talking on the radio.  She also has a playful and flirtatious relationship with weather man Dan (Carpenter regular Charles Cyphers).  Their relationship is entirely over the phone, but it is engaging.

Tom Atkins (always welcome in any film) is rugged local Nick Castle who picks up hitchhiker Elizabeth (Jamie Lee Curtis, returning from Halloween).  They end up trying to save people after hearing Stevie over the radio.  Hal Holbrook’s weary priest is a great performance.

The effects are so simply that they impress.  The fog crawls through forests, engulfs houses and the ghosts hidden within are emphasized by eerie back lighting.  Carpenter has filled the film with many great little touches, such as using the scenery of the town as a character all its own.

If you want a great and classic ghost story?  You won’t go wrong with the Fog.