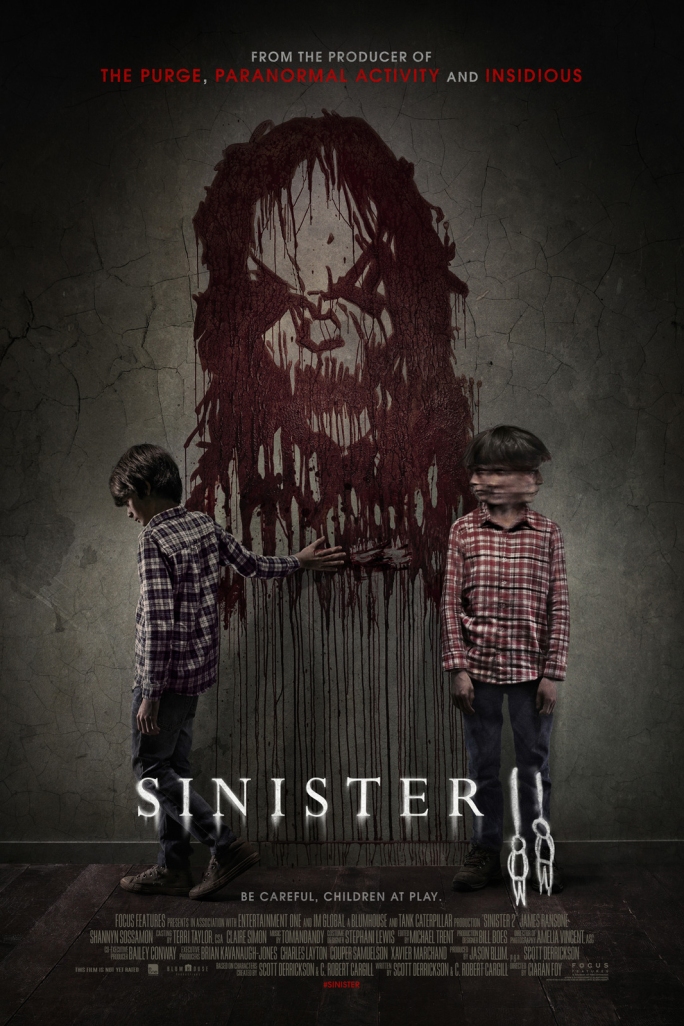 Firstly, I really liked Scott Derrickson and C. Robert Cargill’s 2012 Sinister.  It was eerie and ended strongly (with real tragedy).  It was a challenge to the pursuit of selfish glory and especially at the expense of the needs of your loved ones.

Secondly, I have been spelling Bughuul wrong for the past three years.  I am so embarrassed.

Sinister 2 appears to pick up a couple years after the original film.  Deputy So & So (James Ransone) is now Ex-Deputy So & So (EDS&S from here on out).  He is actively working to stop the spread of Bughuul’s evil, though he clearly is missing some of the information that Ellison Oswalt (Ethan Hawke) and Professor Jonas (Vincent D’Onofrio) discovered in the first film.  Conveniently for the story, Jonas is now missing.

EDS&S has tracked the last Bughuul styled murder (all cases feature a horribly murdered family, a missing child and mysterious painted symbols) to a remote farmhouse with an old church.  He goes to burn it down before anyone else can move in and continue the cycle.  But he arrives to late and discovers there is a mother (Shannyn Sossamon) hiding with her two young sons Dylan and Zach.  She is trying to keep her sons from the hands of her abusive husband,  Unfortunately, Bughuul has reached out to her quiet and youngest (Dylan, played with gentleness by Robert Daniel Sloan).

The film has amped up the presence of the ghost children.  In the first film, they quietly haunted Ellison, but we did not see them speaking much.  Here they are very talkative, mostly appearing only to the young boys until the end when they become active poltergeists. 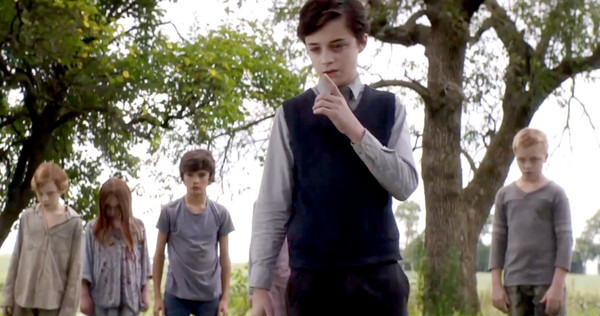 It also has changed the film projector from the first film a bit, inexplicably adding  a turntable to play creepy music as the boys watch the films.  The creepy snuff films are back.  While the audience knows Bughuul’s goals and the way he works, EDS&S has to figure it out all over again, which includes a ham radio.  I appreciate the attempt to show how Bughuul has used various forms of media (both films show an idea that art and mediums used for art allow him to move through the world)…but the first film suggested that Bughuul now was released into the internet.  It is a bit of a shame that this was not really followed up on.

Honestly, the focus on EDS&S trying to figure out how Bughuul does it slows things down.  The film does have some well done moments.  EDS&S has a good connection with Dylan.  And the idea that Dylan has a history of abuse becomes interesting as you see Bughuul’s ghost children try and use that to fire up a desire for cruelty.  When one of the children mention his mother, Dylan snaps back that his mother did not do anything.  The Ghost child coldly replies, “Exactly.”

There is a nice twist.  And the film tries a very different ending, but it does not work on multiple levels.  Parts convenience (getting certain characters out of the way) and parts troubling (making the central villain to take out a young boy is fairly problematic).  It is hard to root for EDS&S to aggressively stop a child with physical violence (especially when you have involved themes of child and spousal abuse into the story).  The creators kind of wrote themselves in a corner and are left finding another way to end the villainous kid while avoid having EDS&S be a killer of children.

The film has a final “horror movie” moment that felt like the creators were at a loss of how to end it and wanted a scare.  So they repeat the same gag from the first film.

I feel Sinister 2 is better than some critics have said, but it still fails to deliver on what we got from it’s predecessor.