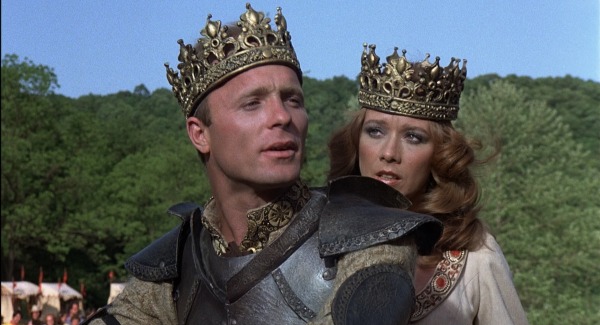 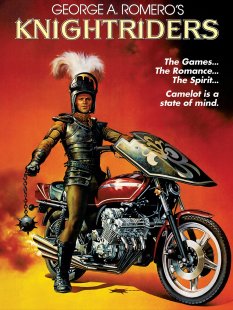 I never really had any idea what this movie was about, based on the cover in the video store. s thought it was maybe about time traveling bikers in medieval times or a post apocalyptic future.  It turns out…it is about Ren Fair bikers who get super popular.

Billy leads a traveling show where everyone dresses as knights and other medieval citizenry, with the one different being they ride motor cycles rather than horses.  Most treat it as a fun business, but Billy seems to have really bought into the notion that there is a certain reality to his kingdom.  He starts to really have a crisis when he discovers a magazine write up about his crew that starts to cause fractures. It starts to get minds within the group to be tempted by dreams of fame and stardom.

Eventually, Morgan (Tom Savini) walk away to take a lucrative sounding offer of commercialization.  And while it is exciting at first, they start to become disillusioned, missing what they had with Billy.

It is interesting to see how they have framed various members of the Arthurian court.  Merlin is more of a hippie than magician…but he seems able to reach Billy in a fashion others cannot.

The film focuses on themes of being true to yourself and your ideals, an not caving to compromise.  And that can feel a bit goofy in a film about guy jousting on motorcycles for fun.

The jousting sequences are fun to watch and really, the cast does a good job of bringing it all to life convincingly.  If the film has one major flaw, it is quite simply that at two and a half hours? It is a bit to long.  But still, this is such an odd man out of the Romero catalogue, it has some real charms. 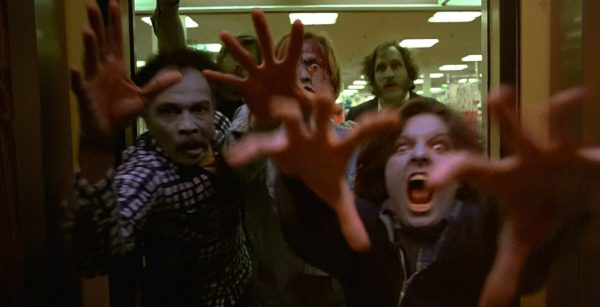 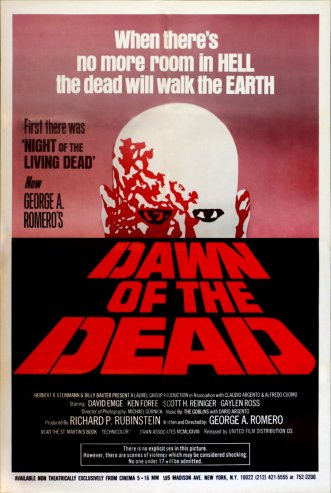 It took about ten years for Romero to find something new to explore with zombies.  It was the Dawn of the Shopping Mall, with large insular buildings housing a variety of stores.  At the time, this encapsulated the concerns of modern life and consumerism.  George Romero looked at the shopping mall and thought “What a terrifying place!”

The film opens amidst a frenzied newsroom trying to make sense of what is happening.  It appears this may be the same night as the original film, though the film is never that explicit.  It does not reference Night of the Living Dead.  None of the films do, actually.  Each film seems to take place in an ever present “now”, regardless of if it makes sense in the greater context of all the films.

Two newsroom employees escape in a helicopter, along with two S.W.A.T. team members.  They end up landing on a mall roof.  What follows is an adventure of survival as they build a small fortress and use the mall stores to wait out the zombie situation.    At first, this works out quite well, and they get creative, building fake walls to hide stairwells from Zombies, blocked glass doors with trucks, using the mall keys to move from store to store and get supplies.

But you know their paradise cannot last as outside forces close in.  Romero keeps his central cast to a tight four.  This is a good choice, as we are allowed to connect with our leads and root for their success in a way that can be hard if there are to many people to keep track of.

The gore effects are improved over the previous effort, though as Tom Savini noted making many zombies grayish colored actually results in zombies looking blue.  And the blood splatter from some zombies seems far to large for shambling dead creatures.

This is the film that really set up the “Zombie represents mindless consumption” metaphor.  Which is kind of funny, since there have been an endless supply of bad zombie films over the years for the masses to consume.  But Dawn of the Dead is a great film and important to the horror (and especially zombie films) genre. 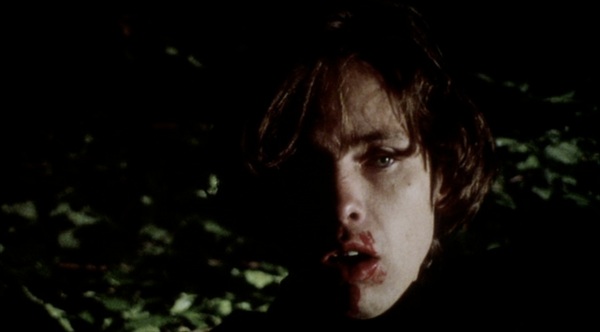 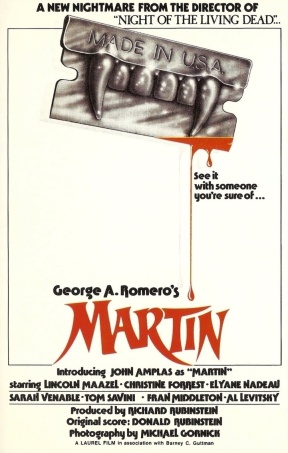 Martin is one of the more interesting vampire films of the 70’s.  Martin believes himself to be a vampire.  It does not help that his family feeds this belief.  He has faced exorcisms and now is being sent to live with his cousin Cuda.  Cuda calls Martin Nosferatu and has filled his house garlic and crosses. Cuda’s daughter is less impressed with the family’s old world beliefs.

As he approaches his first victim in the film, he gets flashes in black and white that show his perception.  He envisions entering a room and being welcomed by a beautiful woman in lingerie.  The reality is she is wearing face cream and in a mundane robe.  And rather than reach out to him, she is understandably horrified.  There are flashbacks to his past as well (also in black and white).  These are very effective ways of bringing the viewer into the mind of Martin.

Martin is also haunted by the voice of a relative who was believed by the family to be a vampire as well, and had committed suicide.  Presenting a evidence for the viewer that Martin is not a supernatural being is his lack of fangs.  He attains his blood not through entrancing his victims, but drugging them.  He has no fangs, rather uses a razor blade to draw blood.  Martin claims he is 84 years old, but there is no evidence to back this up. He has no physical reaction to the traditional weapons of garlic or crucifixes.

Cuda represents the old school, classic vampire film, but he is trapped in a modern and faithless world of vampires. The final act of the film is Martin discussing his vampirism with a talk radio host using the name “The Count”.  This is juxtaposed with Martin’s mundane life, as he laments how hard it is to choose a victim.

The film ends both tragically and ambiguously, with voices on the radio asking what has happened to the Count.  Martin is a strong entry into the world of Vampire Cinema.  Romero explores the vampire myth through skeptical eyes, which really works in the film’s favor, 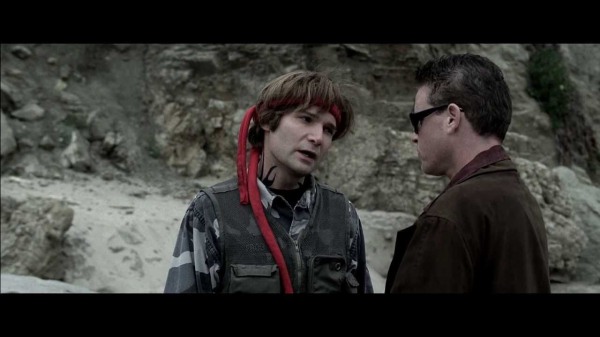 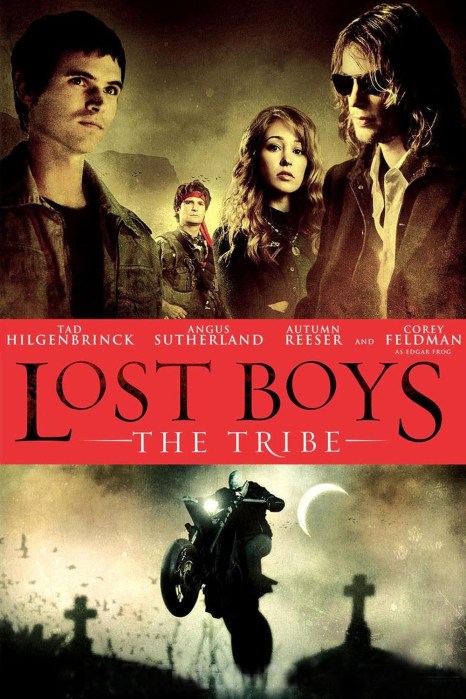 Normally, I try and say something about the film that sees possible potential.  I mean, Nightmare On Elm Street 2 is not all that great, but at least they tried to tell a totally new story.  But this is all I got. Keifer Sutherland’s half brother (he plays the lead vampire) has none of Sutherland’s charm as a vampire.  The soundtrack is mostly terrible.  And… 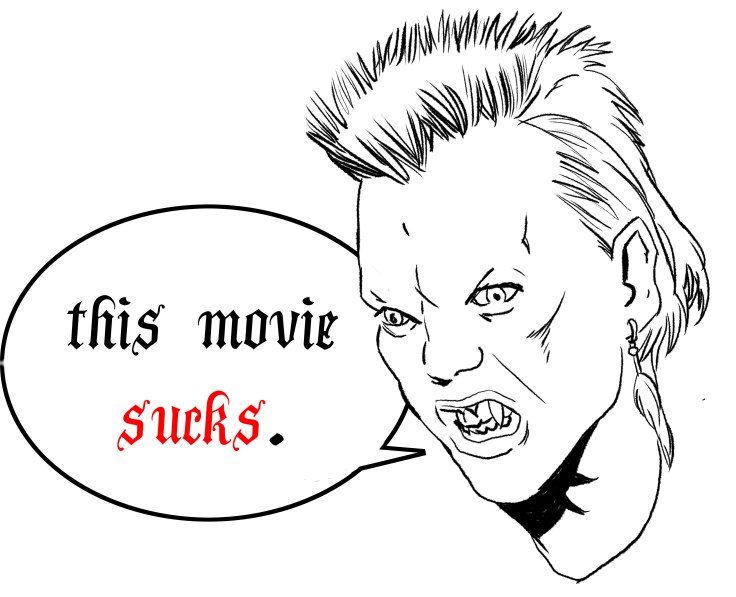 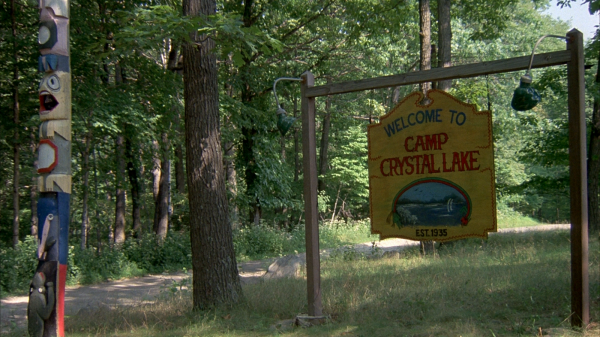 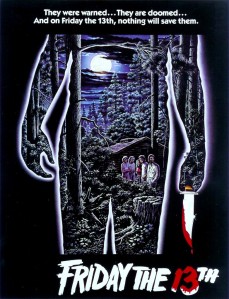 After the success of Halloween, filmmakers everywhere wanted to cash in with a holiday themed horror film.  Sean Cunningham and his friends had made a kids movie previous, but thought they could make a cheap horror movie and rake in the cash.

Sean Cunningham is a bright guy.  They chose Friday the 13th…which had little to do with the plot.  They came up with an idea for a tale and started work.

So, the film begins with what has become standard in horror, two counselors sneak off to have some sex. While they are doing that, someone walks into the room and startles them. We don’t see the killer, because it is supposed to be a mystery, see. With a twist no less. Now, unlike it’s predecessor Halloween, which had it’s twist in the first five minutes, Friday the 13th draws it out. We jump ahead to modern times (well, 1980). And Camp Crystal Lake is getting re-opened. One of the counselors has apparently hitch-hiked her way there (oh, the carefree days of the late seventies and early eighties). She walks into a small town diner with, like, six locals. She asks which way to Camp Crystal Lake. The room goes, predictably, silent. And then the locals call it Camp Blood. Scary, huh? Finally a trucker offers to drive her there, since he is going that way anyhow. As the are getting in the truck they are stopped by the small town’s official Crazy Old Guy. He warns the girl that she is going to die. Her and all the other counselors. The trucker brushes him off as the Crazy Old Guy. Which is funny, because after a few miles; the trucker suddenly switches gears and becomes the Official Crazy Trucker. He starts going on about how bad of an idea it is to re-open Camp Blood and that she could be in danger. She gets out of the truck and starts to walk.

As it turns out, the two crazy guys were not so crazy. She gets picked up by a person in a jeep. We don’t see this person, and I am guessing they are not wearing a hockey mask, since the girl gets in the jeep. But finally, the girl gets freaked out by the fact that the camera keeps looking at her. So she leaps from the jeep and starts to run. The jeep stops and the camera gets out and follows her. Then the camera catches up and slits her throat. The real bummer here is that she is the camp cook.

The rest of the counselors get there without getting impaled with sharp objects. And then you have hijinks. It’s not terribly interesting for awhile. College kids chat, flirt and go off into the woods by themselves to get killed. We get more of the back story of Camp Blood in this portion of the film. The guy re-opening the camp-apparently the son of the original owners-explains a bit as do other characters in the know. Some kid (Jason) drowned a few years back and shortly after two counselors were found dead. Apparently, parents were a bit squeamish about sending their kids to such a camp.

Then a storm hits and that allows the killer to go crazy. Finally, it’s down to the Lone Survivor and the killer…and that’s when we discover, the killer is the crazy old lady whose son drowned years ago! Jason’s mother Pamela went a little loopy and started to kill people to get the camp closed all those years ago and now she is at it again! So they duke it out, all the while, Mrs. Voorhees talking to her dead son-kind of Norman Bates style.

Even though actress Betsy Palmer thought the script was a steaming pile of crap and took the job because she figured the movie would quickly be forgotten, she does a solid job as Mrs. Voorhees.  Outside of a final jump scare, Jason was a cautionary tale for counsellors to be responsible in this first film.  He is not a living character.

It is a decently made low budget film, and the effects are quite good.  The script is the weakest link.  The film is a bit slow and clunky at points, but can be effective at times as a thriller.