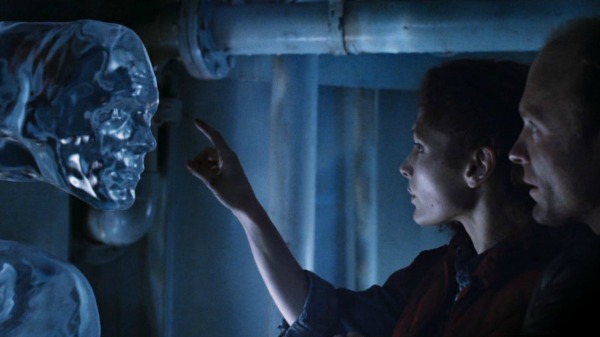 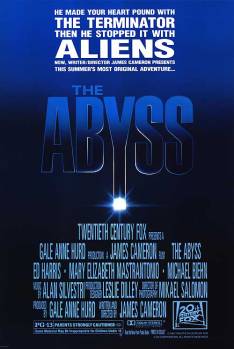 Before Terminator 2, James Cameron made the Abyss.  As with almost every film he makes, he introduced revolutionary technology.  Without the Abyss (and it’s now simple “Water Tentacle”, we may not have seen any of the other revolutions in digital effects that followed).

But it is not the effects that make this film a joy to watch.  It is the storytelling.  Ed Harris and Mary Elizabeth Mastrantonio play estranged husband and wife Virgil (nicknamed Bud) and Lindsey Brigman.  They seem to be on the outs, but it is clear throughout the film, neither is truly ready to give up on the other.  They run an underwater mining rig and their crew is a raggedy band.They joke, argue and love each other like a weird mismatched family.  They are asked by the government to help Navy Seals get access to a nuclear sub that has crashed in mysterious circumstances.

In addition, the crew starts to experience strange phenomena, such as bright pink lights in the water and strange water formations indicating a greater intelligence at work.    They end up discovering something amazing, but at great personal risk.

Harris and Mastrantonio are superb in their roles and really sell a great and deep love between each other.  Michael Beihn’s performance as a Navy Seal struggling with serious paranoia issues adds the real element of danger.  Cameron manages to give us a film with relationships that feel worn and very real.  The story has both grit and beautiful wonder.  It is tense at time, romantic at other and inspiring and hopeful.

Now, the theatrical version leaves out some big stuff, and so I recommend checking out the longer Director’s Cut which gives a bit more heft to the end of the film.  This is one of Cameron’s gems, even if it got kind of lost in the collection of films.  Why the Blu-Ray release is so delayed is genuinely confounding to me. 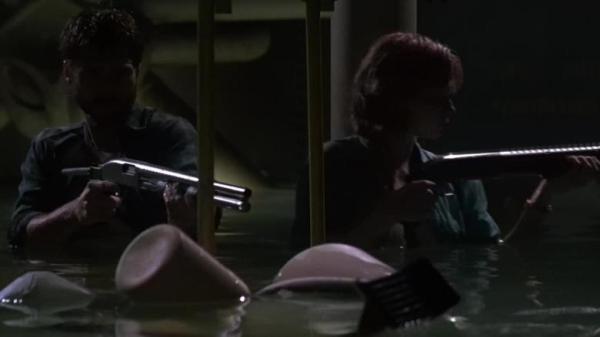 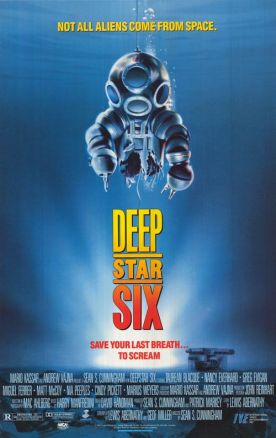 1989 saw three competing sci-fi/horror films.  One stood out above the other two, but we will get to that one later.

First up is Sean Cunningham’s Deep Star Six.  Cunningham was known primarily for producing and directing the first Friday the 13th.  He is probably more well known for his producer credits.

It is the story of an underwater nuclear test facility.    One morning they discover an underwater cavern.  it apparently housed a whole underwater ecology of it’s own…and it sets free a large creature that starts working it’s way through the crew.  The creature turns out to be a large and ancient crab-like beast.   It damages the sea base, forcing the remaining crew to figure out a way to decompress and then take them to the surface.  oh, and the creature stands between them and the only remaining way to get to the surface.

While the effects are decent, there is nothing that this film offers in chills or scares.  It’s most redeeming quality is that it has a pretty good cast.  It is loaded with talented character actors.  And Greg Evigan (who seemed like he would be on a big star path before he joined the Tekwar Franchise) is pretty likable as the fish out of water, so to speak. but the film itself is only memorable in that it was competing for audiences against two other films with similar  concepts in the same year.