Shocker, Wes Craven’s follow up to the Serpent and the Rainbow is the entirely opposite animal. The story is that one night high school jock has a nightmare that a serial killer is murdering his family. He awakes and rushes to his family’s house where he is met by his police detective father who informs him their family has been slaughtered by the notorious local serial killer.

Using his dreams, Jonathan and his father ultimately identify and catch TV Repairman Horace Pinker. The evidence is damning and Pinker does not plead innocent, so it is a pretty slam dunk case. On the day of his execution, the guards find he has some elaborate set-up going on in his cell with his TV. While they fear he is killing himself, the audience can see he is performing some sort of ceremony.

Once in the chair, he uses his final words to to reveal that he is Jonathan’s real father. After the electrocution seems to go very wrong, they find Pinker is dead. But it turns out, Pinker’s body may be dead, but his spirit is alive and he can take over bodies.

Pinker and Jonathan begin a game where Jonathan hopes to find a way to stop Pinker’s new rampage, one where he can be anybody.

Where Serpent and the Rainbow was an attempt at a more serious film, and just a one off tale, Shocker feels like a blatant attempt to start a franchise with a new Freddy Krueger in Horace Pinker. But the inspiration is obviously from the late era Freddy. Pinker is a violent psychopath with a one liner for any situation. The dream connection feels like Craven was not even trying to set Pinker apart.

I enjoy a lot of the characters, even though the majority of them are fodder for Pinker to kill in his attempts to destroy Jonathan’s life. But without a doubt, Mitch Pileggi seems to be having a good time in the role.

Shocker gets incredibly goofy, as Horace can jump through TV signals as well as bodies. So when we see him outside of bodies he is transparent and has a static effect applied to him. When a person is possessed, the tell is that they have Pinker’s limp. I am not sure why his spirit would have a limp…but whatever, it is his tell. The goofiness goes off the rails when Jonathan and Pinker are flying in and out of TV shows and TV’s (landing in random living rooms, impacting television shows). And honestly? This is what kind of saves the movie.

While it lacks any nuance or deep themes, Shocker is a ridiculous and fun movie with a rock and roll soundtrack. I am almost a bit sad we never got Shocker’s two through six. 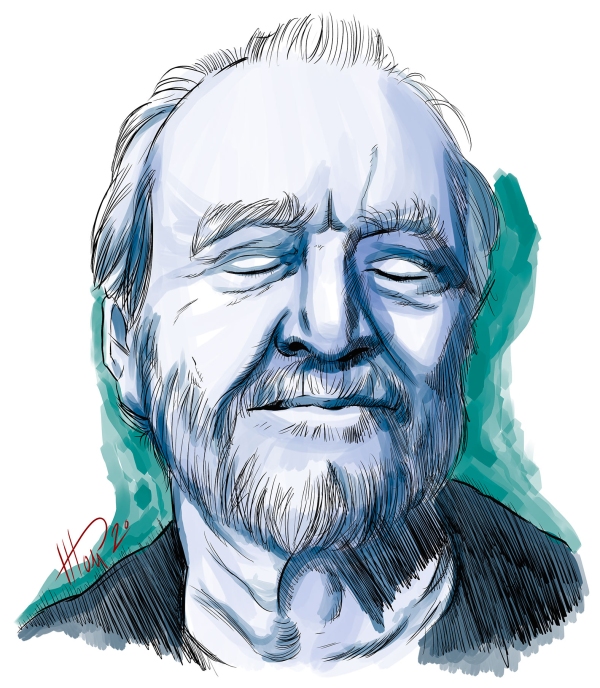 Welcome to the month of October. Our theme this month is looking back at the films of Wes Craven. I have always been a fan of his work. Wes was a film maker who wanted to explore things in his stories. Social problems, family conflict, politics…he came from a religious background, as I did. And we both found ourselves leaving that faith…but drawn to storytelling.

I won’t be cover Nightmare On Elm Street, New Nightmare or People Under the Stairs as I already have written about them. I will be covering the rest of his horror and thriller releases right on up to Scream 4. I will also be including his TV movies and the remakes of his work.

Tomorrow we begin with the Last House on the Left.