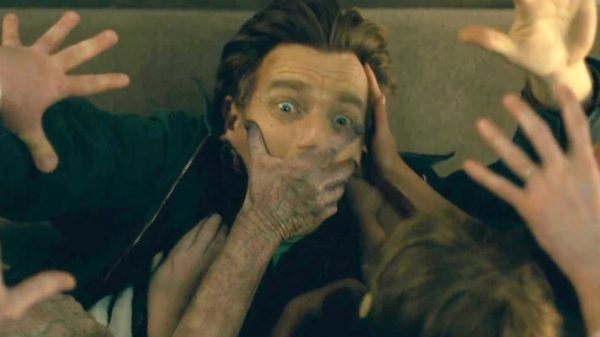 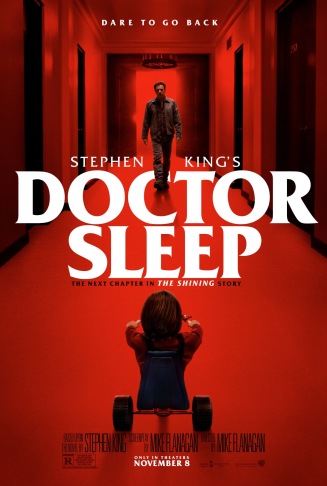 I have not read Doctor Sleep, the follow up to King’s the Shining.  So, when it was announced as a film, I was not particularly excited.  I did not know how they planned to approach it.  As a sequel to the Kubrick film? As an adaption of the book?

It turns out? A little of both.  But does it work?

The film opens in 1980, where we are introduced to Rose the Hat.  She leads a cult that devours “the Steam” of psychic children, keeping the cult young and giving them power.

Danny has grown into a man trying to drown his his power and guilt in drugs and alcohol. Having locked the ghosts of the Overlook away over the years, through training from Dick Hallorann. After he winds up in a small town, he meets Billy Freeman.  We also meet young Abra Stone, a powerful young girl of immense ability. As the years pass, Dan Torrance has found himself taking a role in a hospice as an orderly, but also the bringer of comfort to the dying. His “shine” allows him to help the dying overcome their fear. Abra is strong enough that she begins to communicate with the sober Dan.

This power also brings her to the attention of  Rose and her cult.  And so Dan finds himself working to protect Abra and stop the cult.

So, does it work? Yes.  Very well.  Flanagan manages to weave the source materials together so that this feels like a relative of the Kubrick movie.  He infuses iconic visual moments in a way that is not merely copying another’s work.

The performances are really good, selling the more fantastic elements.  It is a lot of fun getting to see the possibility of the powers of the “shining” that are hinted at previously.  The main cult members are pretty intriguing, and really, the film ends with a hope that makes it a nice companion piece to the Shining.

Flanagan is proving himself a trusted horror director and Doctor Sleep is a great addition to what I hope is a long and fruitful career.