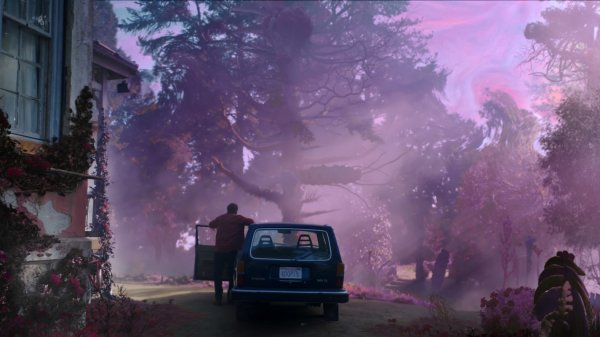 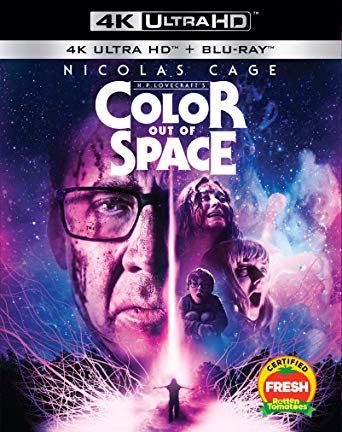 Richard Stanley has returned after nearly a 20 year absence from theatrical filmmaking. And I must say, it is a welcome return.

Using a modern setting, Stanley and writer Scarlett Amaris stick closely to the source material.  The meteorite falls near their home and starts to infect the land around them.  The trees seem to have an unearthly sway and there is beautiful unearthly lights.

The family’s youngest son starts to hear a voice from the family well.  There are weird noises and the animals start to behave in an odd fashion.

I like that the family in the film is in less conflict with each other.  It really sells the terror that they seem to really love and care for each other. Cage gives a really good performance here, not as bombastic as Mandy, but very much a man trying to protect his family in the face of a pending implosion.

The effects are quite good, and Stanley shows a real understanding of how to use digital to enhance his practical effects.

The Color Out of Space is a strong return for Stanley and easily one of the best Lovecraft adaptions committed to film. 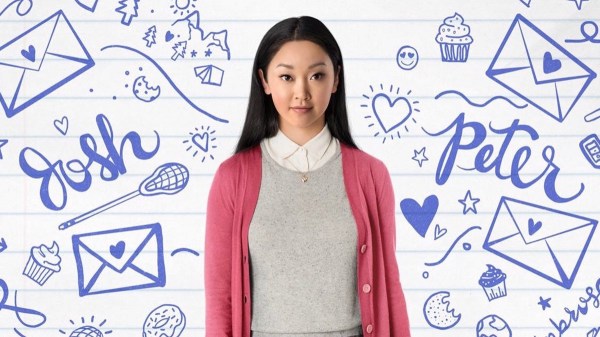 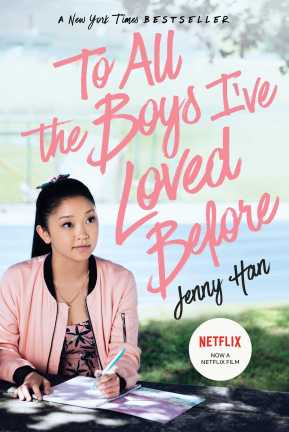