In the Distant Future of…uh…2008… global climate change is causing environmental upheaval. In London, it has rained continuously for weeks, causing the streets to be flooded.

Rutger Hauer plays tough cop Harley Stone. When he has to deal with a new killer who mutilates their victims, he is forced to work with a rookie cop Dick Durkin.

As they try and track the killer down to end their reign of terror, the two discover that the killer may not be human at all. Things get worse as the killer seems to target Stone and his girlfriend Michelle.

This is a bit of a Predator knock off. The creature has the ability to mask itself and is a hunter. The writer does add some motives tied to astrology. The London setting is really effective though, with the characters constantly dealing with running through darkness and flooded streets.

Rutger Haur is playing a fairly stock character here, as he is the “Cop Who Operates By His Own Rules”. I also appreciate that the filmmakers allow Cattrall’s Michelle to be a part of the fight at the end, rather than just be the damsel in distress that needs to be saved.

Split Second is not particularly original, but I do find it a fun watch. 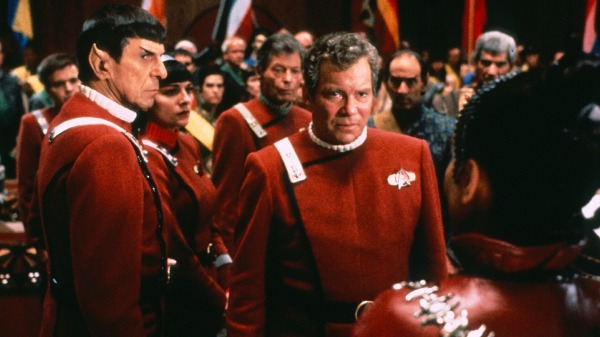 Star Trek: the Next Generation was a good half way through its run when the work began on the final voyage of the original crew. Plans were already underway to transition the theatrical films to bring on the Next Generation crew. To try and set up a solid sendoff for Kirk and his crew, they brought back the director of the Wrath of Khan, Nicholas Meyer. The film revolves around plans for the Federation and the Klingon Empire to make peace and join together.

Kirk is not thrilled to be assigned to this, and aside from Spock, the crew begrudgingly following their orders. After a tense dinner with the Klingon Chancellor and his team the Chancellor is murdered and Kirk and McCoy framed and sent to a Klingon Prison Moon.

This forces the rest of the crew to solve the conspiracy and save Kirk and McCoy.

Does the Undiscovered Country work and achieve its goals? I would say that it does succeed. The Conspiracy is not overly complicated and the goals make sense. This allows the tight time frame the characters are working in to not work things out blindly.

It also closes things out feeling like while the crew’s futures are open, we the audience have a real sense of closure. There are some nice little touches like Michael Dorn appearing as Worf’s Grandfather as the Defense for Kirk and McCoy in their trial.

It also has some really good performances (Plummer really chews the scenery with grand pomposity) and great action sequences. It is interesting to see the role “government politics” tend to play in this film, as it often is not something the films really have had a lot of interest in. It was more of an aspect that grew within the later television shows.

While no Wrath of Khan or First Contact, this is a really enjoyable entry within the Star Trek Canon. 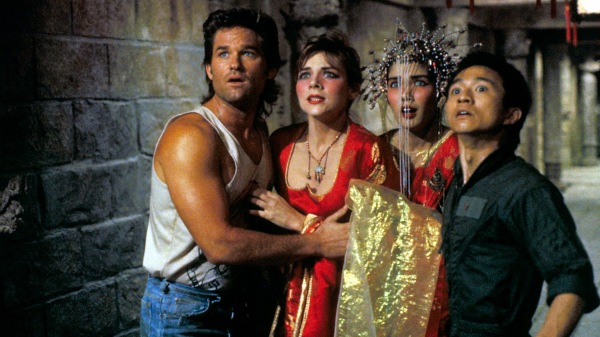 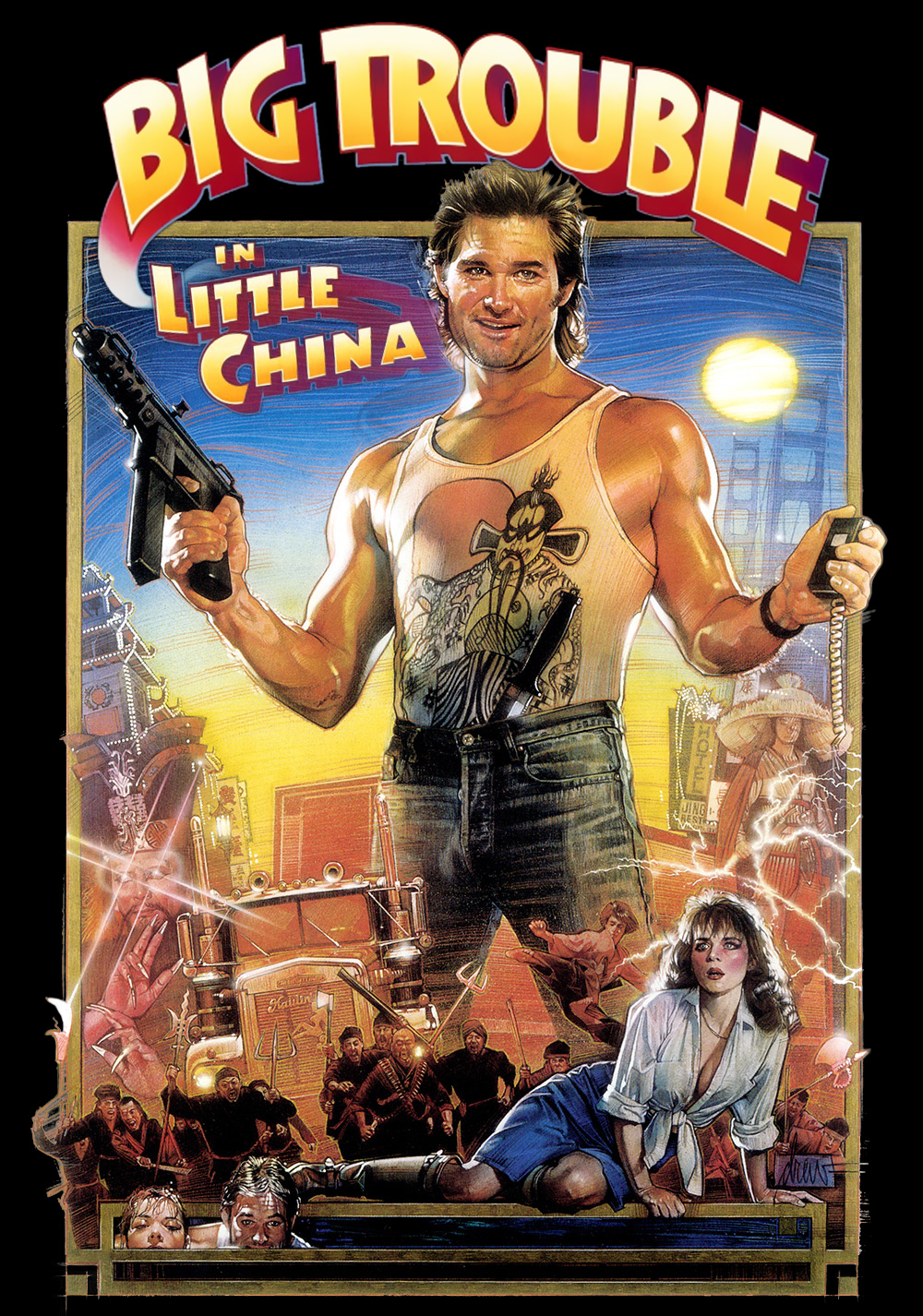 The fourth outing for Carpenter and Russell is an entertaining blending of genres.  Big Trouble In Little China is part action film, part Kung Fu, Part fantasy and all comedy.  Russel is the cocky but lovable Jack Burton.  Jack’s favorite person is himself and his mouth often seems to get himself in trouble.  And he has found it in spades when he visits a friend in China town.  His friend, Wang Chi, is raising money to bring his bride to be (Miao Yin)  to America.  But when she arrives, she is captured by the henchman of the mysterious crime lord David Lo Pan.  Lo Pan is seeking her because she has green eyes.  And a girl with green eyes are part of a curse.

Along with Wang, Jack is joined by intrepid reporter Gracie Law, her friend Margo, Eddie Lee and Egg Shen, a mystical old Asian man.  Jack is an interloper, but is drawn deep into a fight to save Miao from Lo Pan.  He has three warriors, each with an elemental super power.  While Jack fumbles his way through heroism, it leads to a great battle of both brawn and wits.

Big Trouble in Little China is a loving send-up of both American and Asian Martial Arts action films.  This means that…well, yeah…all the Asian Characters know martial arts.  But at the same time, the central characters are all individuals.  Lo Pan is probably the closest to a stereotype, with James Hong really laying on the accent.   Jack is not the last samurai, rather we start with him and stumble into the fight.  He is there for his friend.  Truth is, the movie makes it clear they do not need Burton, but he is brash and rushes headlong in with a friend.

The film is full of humor, even in action packed moments, it finds the time to give a wink to the viewer.  Jack often succeeds by failing in spectacularly amusing ways.  The cast is great, Dennis Dun plays Wang Chi as a sincere and heroic young man in love.  Kim Cattrall is charming and full of fire as Gracie Law.  Donald Li is great fun as friendly tough guy Eddie Lee.

Carpenter does not flex his “fun” muscle a lot.  I mean, he does not avoid humor, but this is a straight up action comedy, among other things, and Carpenter shows a real flair for it.  Big Trouble in Little China is definitely one of Carpenter’s funniest films and is best viewed with a group.

Oh yeah…and this film had more roles for Asian actors than the live action Ghost in the Shell.