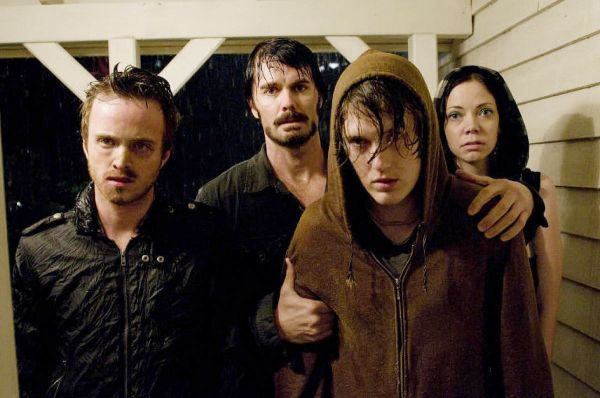 After the Hills Have Eyes, studios aimed for Craven’s Rape and Revenge flick, The Last House on the Left.

Like the Hills Have Eyes, this one hews extremely close to the source material. A virginal young woman hangs out with her more worldly friend, they meet a young man and hang out with him, only to discover he is not on his own. He is with his father and his gang. This leads to the rape and murder of her friend and her own rape and assumed death.

The gang shows up at her parent’s house during a storm seeking shelter. The girl shows up at the house and her parents realize they have her assailants in the house. The parents fight back to avenge their child and things get violent.

The original film really impacted me. I was ill during the rape and the tone of that film was unpleasant and incredibly gritty. This version? Just left me feeling nothing. I never found the film to cause the discomfort. It is too clean and modern. So even though the film is graphic, I just felt nothing.

This is actually too bad, as this is a fairly good cast.

I would not recommend this film. It adds nothing on the original and lacks any sense of emotion or urgency.