It took 20 years for Romero to decide on a new zombie film.  In this film?  Set well after the zombie apocalypse, we are introduced to a small city that has grown, fortified against the dead.  The culture is divided between the haves and the have-nots.  Those with riches live in comfort in a high-rise apartment complex.  Everyone else lives alone, where life is a day to day struggle.

In this world, there are those employed by the rich to go out and scavenge the land for supplies. Riley runs one such crew, under the employ of Kaufman.  They have all sorts of tricks to distract the dead, though it is still a very dangerous job.  One such expedition has an unexpected side effect.  a Zombie begins uniting zombies in a march towards the city.  It is unclear fully what causes this, but there is a rudimentary communication.

Meanwhile, Riley plots with his friends to get out of town and on their own.  His second in command, Cholo, wants to become one of the elites and is trying to get in with Kaufman.  Of course, Kaufman does not care about helping Cholo and uses his greed and ambition for his own benefit.

It is clear at this point, Romero has lost interest in the survivors.  He is done suggesting mankind might win, and any attempt to rebuild is clearly futile.  Land of the dead feels like it really is the end of the road for the franchise (it was not).  It is a fairly decent film with some fun characters and interesting ideas at play, but at the same time, it never quite achieves the levels of its predecessors. 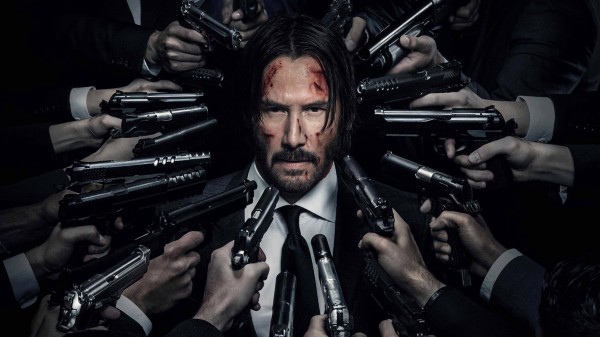 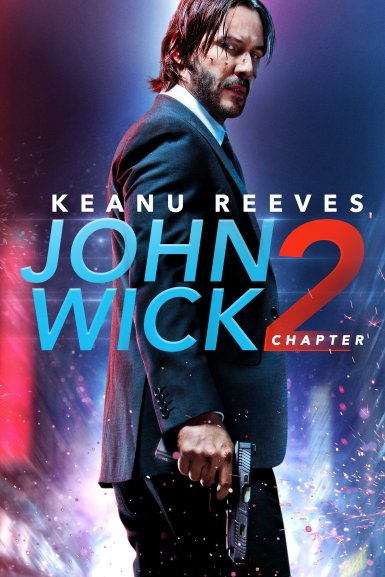 When we last left John Wick…he was still working to get his car back.  And after a very crazy and intense fight to do so, he heads home.  He buries his weapons, planning to quietly slip back into retirement.  But instead, his actions have come to the attention of Santino D’Antonio, to whom Wick owes a favor…and seeing how John left retirement, he is determined to cash it in.

John refuses and Santino handles it badly.  A visit to Winston lets John know he has to honor the debt…but after the debt? John is in the clear to get back at Santino.  And so John goes off to Italy to complete the mission…and…well, let’s just say his day goes from bad to severely life threatening.

John Wick Chapter 2 picks right up and never lets up.  Even the quiet moments feel like they are a build up to something intense.  As hit men rain down on Wick, he is constantly on guard.  Every corner reveals a new threat.  This gets amusing, such as one scene where Wick and Cassian (played by rapper and actor Common) are walking through a train station, from a distance trying to shoot each other (but carefully missing the people around them).

Many of the hit men are brief roles, yet the film gives them each unique and personal styles suggesting a backstory (we will never get).  Director Chad Stahelski returns with the second installment and it pays off.  John Wick Chapter 2 takes the best parts of the first film and amplifies them.

As before, the action is extremely well choreographed and the story kept very tight.  Rather than start to give the film to much more background, as sequels are prone to do, it follows the rule of “Keep It Simple”.  This really works in Chapter 2’s favor.

And finally, the film is clearly set for a Chapter 3…and the final moments of Chapter 2 hint that it will be quite a thrill ride.

John Wick is having a bad day.  A really bad one.  This is the gist of the film.  John Wick is mourning the death of his wife.  He is gassing up his car one day when some punks express interest his car.  That night, they break in, assault John, hurt his dog and steal his car.

One little thing…John Wick is a notorious hitman.  He is the boogeyman hitmen tell each other about.  Wick had retired, but now he has a mission.  That mission is to get his car back…but that means a whole lot of people are going to meet untimely ends.

John Wick is an action film with no aspirations to be anything else.  Wick is a very simple character in a post-Taken world.  He has a very special skill set and connections to a very dangerous community. This works in the film’s favor, as it makes it pretty easy to go along with the outlandish action sequences.

I have long argued that the key to a good Keanu Reeve performance is a character who might be smart, but is generally clueless about the plot.  And admit it…most of his most memorable performances involve kind of clueless characters.

Not John Wick.  Wick knows who he is, what he wants and how to do it.  And it is pretty exciting to see him do it.  The fights are tightly choreographed and eye catching.  Reeves maintains a strong presence considering the fact that there is not much to the character.  This is a lean action film full of characters with no real complexity.  Each character has a specific role and they play it well.  The film does not give you a lot of background to many characters…instead it allows the actors to bring a certain amount of their own presence.  Ian McShane gives the “Overlord” Winston instant gravitas, while Lance Reddick’s Charon carries a real weight of quiet authority.

This is director Chad Stahelski’s directorial debut.  He was primarily a stunt coordinator/choreographer who has done some assistant director work…but for a debut film, Stahelski does a pretty solid job.  Probably the biggest knock against the film is the choice to view the entire film through a blue tint, which can get annoying at times.

John Wick is a strong debut for a first time director and a good start to what has become a franchise.

Jon Favreau’s directorial career has managed a fair number of big budget hits.  He set the tome for the Marvel Cinematic Universe with the first two Iron Man films, and earlier this year wowed viewers with the Jungle Book.  After the failure of Cowboy’s and Aliens, Favreau directed a string of episodes of high concept TV shows before returning to the screen with Chef.

Favreau plays Carl Casper.  Carl is a gifted Chef who was a rising star.  But he finds himself feeling trapped, unable to truly work his creative juices.  His boss does not share his culinary aspirations.  He wants Carl to stick the script they have had for years.

Karl is struggling personally, trying to be a dedicated father, who is also not really over his Ex-Wife.  They have a friendly relationship, and she is actually very supportive of him.  But she also wants him so be better at being in their son’s life.

When they find out that a renowned food critic is coming to town Carl and his boss have an argument over what to serve…and the meal Carl is forced to make is panned by the critic.  Carl has a meltdown that goes viral.  Karl’s son introduces him to Twitter…which turns out to be a bad idea in that time.  Carl lacks the emotional strength to not lash out at every insult.

Karl finds himself so humbled that he finally caves in to the suggestion of his wife to buy a food cart from her ex-husband (the guy who came after Carl).  What follows is an emotional journey for Carl and his son. With the help of his chef friend Martin, they revamp the food truck and travel back home serving Cuban sandwiches.  Carl shares his favorite foods along the way with his son as they bond.

Chef is a delightful film that touches the heart (and stomach, I was totally hungry by the end of the film).  Favreau’s both frustrating and yet likeable.  You want him to figure it all out, to get out of his rut.  To reconnect with his son.  Repair the damage done to his relationships.  Emjay Anthony is terrific as son Percy.  He and Favreau connect wonderfully.  This is a really terrific little film, I genuinely loved and recommend Chef.