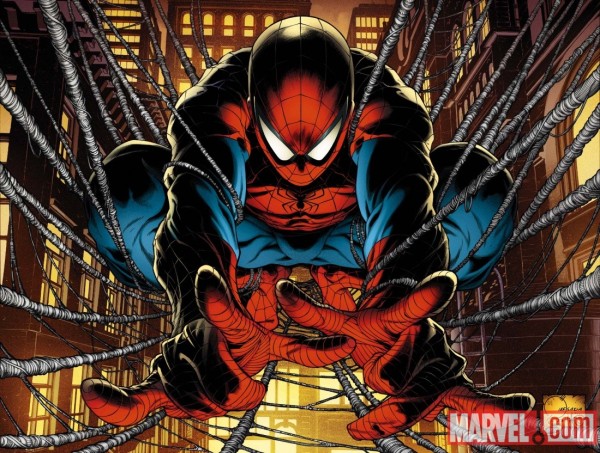 I’ve seen a trend over the past several years in some fans of Spider-Man.  They prize a certain aspect of the character among all others.  And that is “relate-able”.  In fact, they thrive and push for this to such an extreme that it suggests they do not understand the fundamental core of the character.

Spider-Man, and by extension Peter Parker, is not really about how relate-ability he is.  It isn’t his girl problems, struggles to make ends meet or whatever.  And what’s worse, some fans push for Peter to engage in behavior that… well, might be normal for the rest of us…but for Spidey?  Not accurate at all.  A few years ago, a neighbor showed me a letter in an issue of Spider-Man in which a young woman called for Peter to get tipsy and hook-up “like we all do”.  First of all, “we” don’t “all do that”.  But, hey, the point is, Spidey should be care free and not burdened with commitments and stuff.

This young woman is not alone.  Apparently, the folks at Marvel felt the same way.  A few years back, the did a story-line that undid the 20 year Spider-Marriage.  Aunt May was on her death bed and to save her life, Peter and MJ made a deal with Marvel’s version of the Devil (Mephisto).  He demanded they give up  their happy marriage to save the life of Aunt May.  The end result was nobody remembered the marriage of Peter and MJ.  Joe Quesada and others would lament how they missed the Spidey with money trouble, girl problems…his steady job and marriage were an impediment to that.  So Marvel got rid of those things.  Peter’s marriage was erased.  He was no longer a high school teacher.  Because he had to be “relate-able”.

It blows my mind that people who supposedly know Spider-Man so well forgot a little something.  The absolute core of the character of Spider-Man is this: With great power comes great responsibility.  But Marvel and some of it’s fans want Peter Parker to have as few responsibilities as possible.  Peter learns from his mistakes, even if sometimes the mantle of responsibility seem overwhelming.  Sometime Peter wants to run away.  But in the end, he makes the choices he has to, not always the ones he wants to.

Peter is not the type of hero that gets drunk or tipsy.  He knows he has to be ready at all times, that he may have to step up to the plate as Spider-Man at anytime.  Frankly, if your Spider-Man story features Peter Parker getting drunk and he doesn’t have a lesson to learn from it?  You are writing the wrong character.  That’s not Spider-Man.  Period.  He has to learn lessons, and avoid making repeat mistakes.  And for a super hero?  Getting tipsy or light headed is rarely a sensible option.