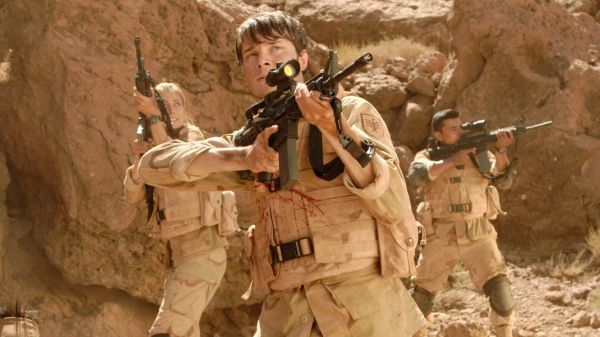 The first film was successful enough that they made a sequel. I don’t think that it would be accurate to call this a remake of The Hills Have Eyes Part 2.

This time around we have a script from Wes Craven and his son Jonathan. A new Director was also brought in. Largely a music video Director, Martin Weisz took over for Aja. Music video directors seem to have been a them for horror remakes.

Instead of following the survivors of the previous film, we get an entirely new cast of victims. Centering the threat around a military research camp exploring the crater established in the first film, we see the base get attacked and all its occupants slaughtered. A group of soldiers are sent out to check in, with no idea of what has happened. So when they arrive, they find an abandoned base.

As the soldiers start exploring the surrounding areas they find themselves under assault from an unseen enemy. Eventually, of course, the mutants reveal themselves and it becomes a fight for the soldiers to survive.

The film is pretty intense and exciting, but does add one explanation that was in the original Part Two as well, but more graphically. The mutants refresh their population by capturing women and raping them. This is actually established right at the beginning of the film. Honestly, this is such an uncomfortable thing to show.

The soldiers are mostly a genre mish mash of stereotypes. There is the passive guy, the tough guys, the tough girls, the tough Sergeant (Conveniently nicknamed Sarge). There is a some good interactions between the characters, and honestly, some of them make smart decisions, often being overrode by the tough guys.

This is an okay sequel/remake…and a whole lot more enjoyable than the Hills Have Eyes Part 2.

Oh yeah…by the way…this film has one of the all time great teaser trailers. 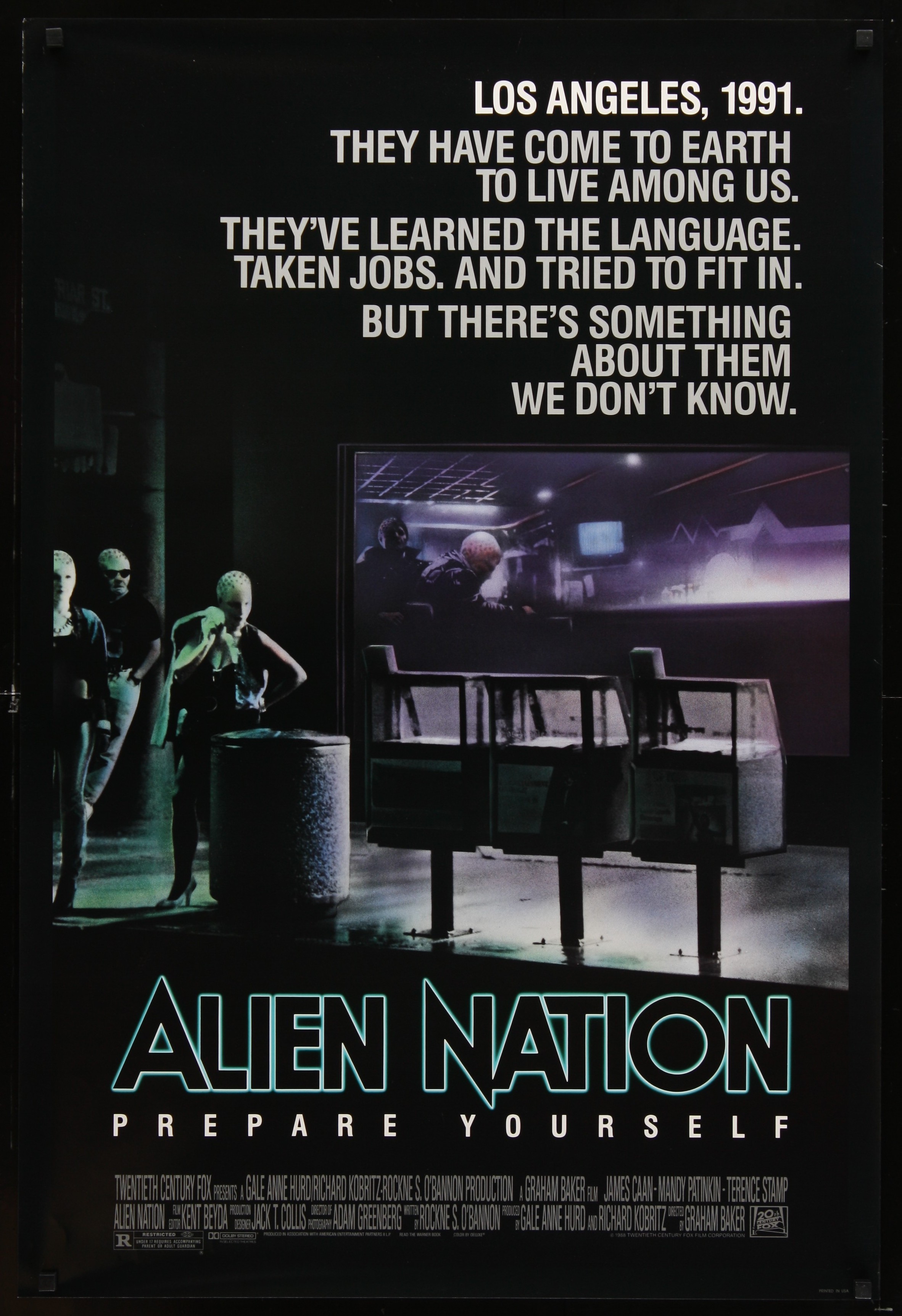 It is the near future of 1991…three years prior, an alien ship appeared above Los Angeles.  It was full of an alien race we nicknamed the Newcomers.  Genetically bred for adaption, they adapt quickly to life on earth, forming communities, entering our schools and workforce.

In this world, we meet Detective Matt Sykes.  It is quickly established he does not like the Newcomers in any way.  He refers to them by the slur Slags and expresses only disdain for their presence.  Sykes and his partner Bill interfere with a robbery resulting in Bill’s death.  Angry and determined to get back at those responsible, Sykes volunteers to work with the first Newcomer Detective Sam Francisco (Sykes resents the “gag” name and renames Sam as George).  What follows is both a personal journey for Sykes and a professional journey for the two detectives as they uncover a dark conspiracy to exploit the weaknesses of Newcomers for great profit.

Science Fiction has always been a vehicle for exploring the human condition and our moral failings.  Alien Nation tackles bigotry and xenophobia which can be a rather treacherous territory.  Mainly, this is because the aliens are stand ins for…well, not white people.  It has been pointed out that one of the problems with the X-Men as the metaphor for bigotry school of thought is that…well…shooting lasers from your eyes is a legit dangerous and deadly power… having black skin is not.

Alien Nation avoids this by an extremely careful world building.  The Newcomers are, in many ways, no different from humans, both in virtues and vices.  They have some physical differences (two hearts, get drunk on sour milk, cannot process cooked meats and so on) and look different (Newcomers are bald with spotting on the back of their heads)…yet seek to have a better life than the one they left behind.

A lot of what makes the film work beyond the well thought out Newcomer earth based culture is the performances by James Caan and Mandy Patinkin.  Using the “Mismatched Buddy Cop” formula allows the story to move at a quick pace.  This also can make it easier to ignore certain weaknesses in the metaphor.  Sykes overcomes his bigotry in a matter of days, though even at the end, apologizes to George for how awful he will be towards him in the years to come (a moment played for laughs).  Truthfully, this is a shortcoming of the film medium, everything needs to occur quickly, so a nuanced journey from bigotry to goodness is not generally in the cards.

Alien Nation is ambitious and largely hits its mark with thoughtful performances, a well thought out world, and good special effects.  It feels, in some ways, more timely now than it did in 1988.