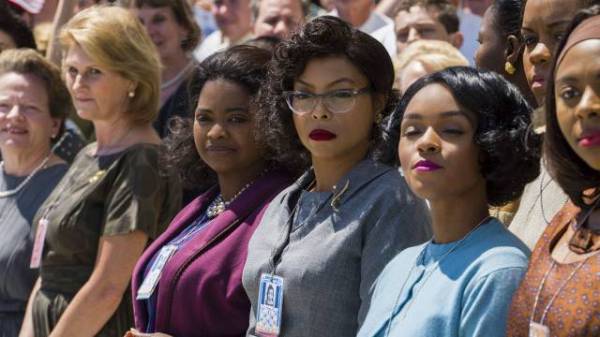 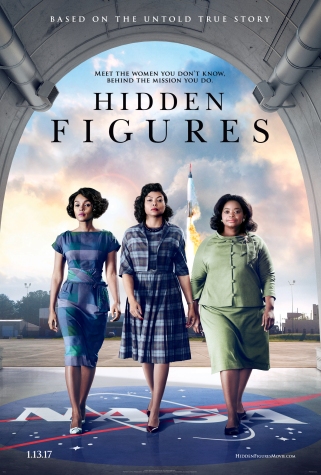 Hidden Figures tells a story I suspect few Americans were aware of.  The women of NASA in the sixties.  Or to be more precise, the black women of NASA.  Hidden Figures explores the real story of three NASA “Computers”.  In the sixties, people were doing all the calculating that would eventually be taken over by computers.  And this film brings to light Katherine Johnson, Dorothy Vaughan and Mary Jackson.  All three were firsts in their field.

The film shows their struggles and triumphs, with terrific performances from the leads.  The film is heavy, joyful, heartbreaking and of course, inspirational.  This is not to say there are not some things one could take issue with.  One of the recurring issues for Katherine is running across the NASA campus to find a Colored Bathroom.  This does deliver an entertaining payoff towards the end of the film, as well as a great “standing up against the establishment” sequence.  But in reality, Katherine simply used the only women’s room in the building.  And when informed she should not use that bathroom?  She shrugged and kept using it.  It was Mary who had to make the run for the bathroom.

Also, the white characters (outside of John Glenn) are complete fabrications.  Costner’s Al Harrison is the tough but fair white guy who seems oblivious to the color of Katherine’s skin.  Jim Parson’s Paul Stafford and Kirsten Dunst’s Vivian Mitchell are there to represent specific racial attitudes of the time.  However, when watching the film, it had not occurred to me, as all three characters are nicely fleshed out.

Hidden Figures is a terrific film that I recommend.  It is a story that needed to be told, and both challenges and inspires.